I decided to do my first entry on 26th street, Santa Cruz. This spot along the thin beach south of the harbor is exceptionally iconic and a staple in Santa Cruz culture and surf. I’ve spent many years coming to this beach and getting pummeled in the shore break with my friends who live on the block. On a recent trip back north, during a large south swell, we decided to put on a little neighborhood event for the extreme shore break and wedges forming. The night prior, my close friend and photographer, Stephan and I watched our insane friends paddle out and become gladiators to the crowd that watched them take one after another on the head. It was some of the most exciting surfing I have ever watched, but what caught my amazement even more was the 60 people on the stairs and street watching and cheering. It was a collection of mostly local guys and a few blown away out of towners.

The next day we spread the word and put on an event for soft tops and crazy kids. The idea was to get as worked as possible. The crowd chose the winner, and out of the 25 odd guys that showed up to take part, the local boy Preston took home   the trophy( a ceramic shark fin with “the Kirkland Classic” painted on it).

This event showed me so much about the Santa Cruz culture and the people that call it home. There was a sense of community you don’t see often these days. The type of community where from young to old, everyone knows everyone. Where cops ignore the open can and join on the fun. Where laughs and conversations flow between all walks of life.  It was a night that made me proud to be from the north and feel privileged to call it home. The event got attention from the Costco company Kirkland which is now sponsoring the next event. 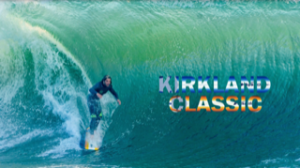 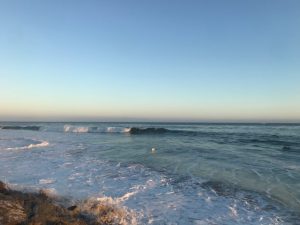 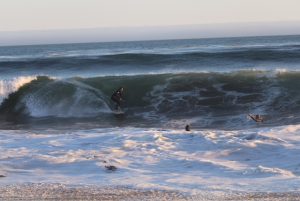 2 thoughts on “26th Street Santa Cruz and the “Kirkland Classic””