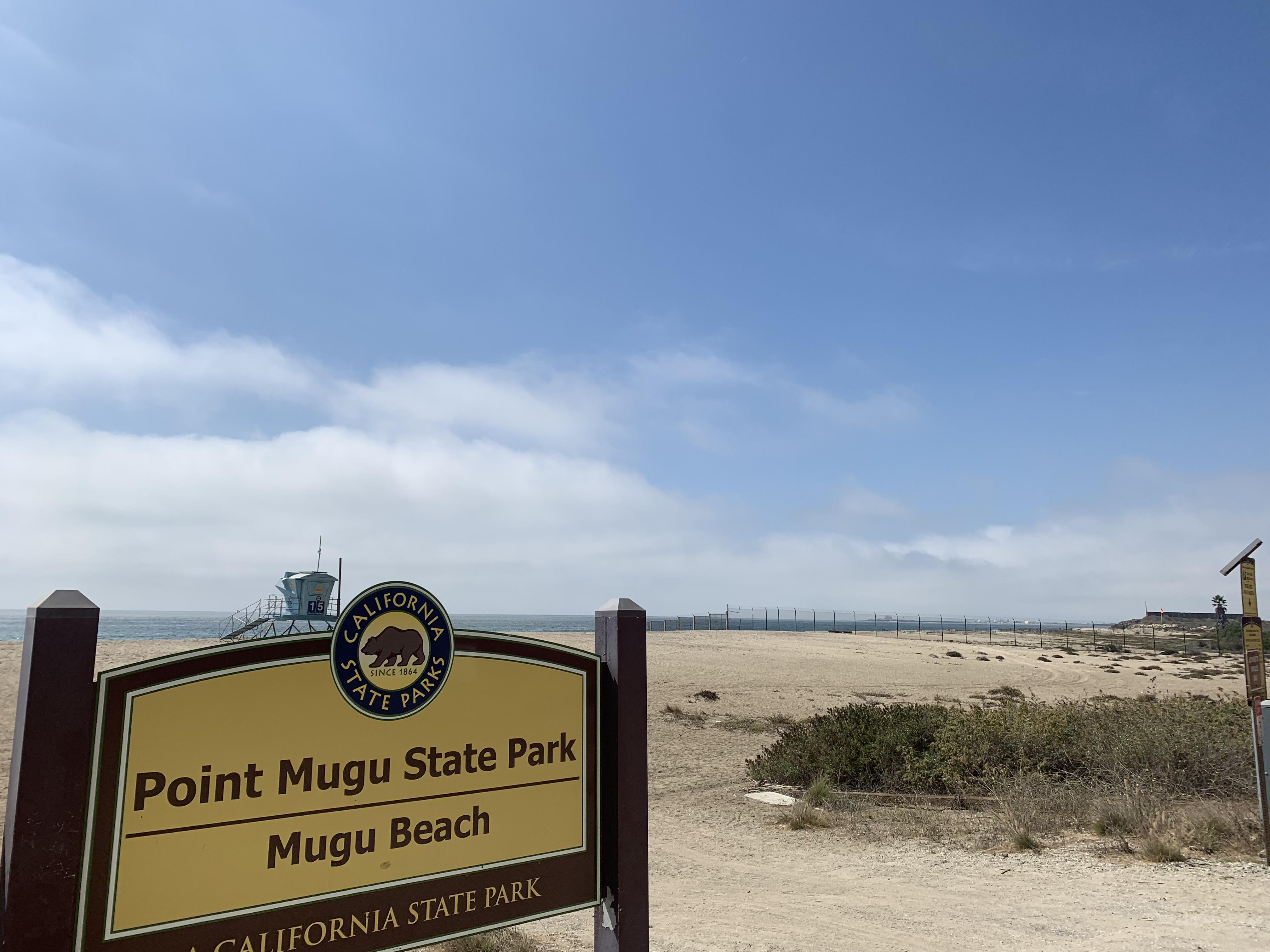 I’ve just parked in the dirt lot at Point Mugu beach. Dust kicked up from the tires blows past my car and a vision of the Pacific Ocean materializes in front of my eyes. The rumble of the engine goes silent and I roll down the windows. I feel the sun on my skin and the breeze on my face. Then, a loud BANG! BANG! BANG! I hear gunshots.

Apparently, there is a shooting range in the naval base right next door. The loud shots are muffled by the crashing waves and the whooshes of the cars cruising on the world famous Pacific Coast Highway (PCH). I look to my left and see Mugu Rock and the remains of a derelict road. I continue to look around, start to wonder, “What was here before the naval base? What happened with ruined road? What was here before all of this?”

Before we get to Mugu rock and the road, let’s find out what existed here in the past!

Before the arrival of foreign settlers, the Chumash had inhabited these lands and waters for many years. The Chumash are a native american people group who have lived in central and southern California for the past 13,000 years. Point Mugu derives its name from the Chumash word for beach, “Muwu.” This was the site of Muwu village, a ceremonial center and the capital of Lulapin, a historic chiefdom which ranged from northern Los Angeles to past Santa Barbara. Since the European contact in 1542, the Chumash population had dwindled due to foreign diseases, displacement, and the mission system. As a result, many Chumash were removed or left their ancestral homes to live in the missions.

Subsequently, as time progressed, so did the advancement of development along the coast. Mugu rock, a promontory (land that extended out into the ocean) was a large challenge for those who wanted to travel along the coast. In the early 1920s, California’s highway engineers had blasted the side of this rock to create thin road. The road was created, but became a major hazard, due to many accidents and drivers veering off the cliff. Over the course of 3 years in 1940, the rock was blown up and a new 60 foot-wide road was established.

Mugu beach has experienced many changes in the inhabitants, uses, and physical composition over the year. It’s my hope that it remains a publicly accessible beach for all to enjoy!

Have you ever been to this beach and what do you think might happen to it in the future? Let me know your thoughts in the comments below!

6 thoughts on “A Brief History of Muwu Beach”