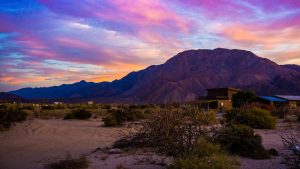 For my last beach blog, I am writing about the beaches of Bahia De Los Angeles, in Baja. The beaches in Bahia are a remote treat for anyone willing to make the drive from the US. Lying some ~400 miles south of the border the area is easily accessed in a day. My friends and I left seeking adventure in Baja and we found plenty of it in Bahia. We were going fishing, kayaking, paddle boarding, snorkeling, and off-roading. Coming well prepared for the often remote and rugged roads of Baja we set out early in the morning at 4:30 am to get to the border to retrieve our travel papers. 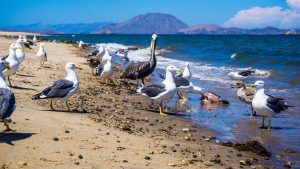 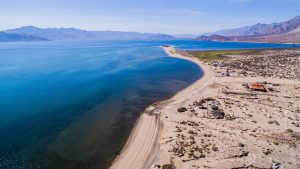 We were hoping to swim with whale sharks which frequent the area certain times of the year. After searching a few locations on kayaks we went out on a local tour panga run by a guy Marcos (Marcos Eco Tours). After fishing all morning we eventually went to go look for whale sharks, luckily we were able to find several in the waters of the south bay. It was awesome to swim with such big sharks and it is a very humbling experience. The largest one of the day we swam with out of about 5 was around 30ft. 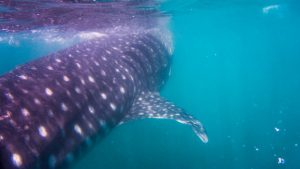 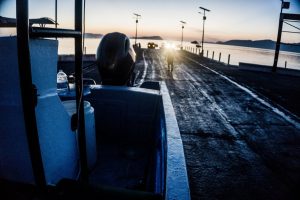 The landscape of the area is very unique with a large island some 80 miles offshore, however, in the bay itself, there are around a dozen small islands. Some with unique geological features like sea arches. Even dormant volcanoes exist to the north on Isla Smith a beautiful island with several lagoons even mangroves. Near to that is La Gringa a large bay to the north of the area that is known for good fishing and whale sharks. We snorkeled and fished the area for an entire day. 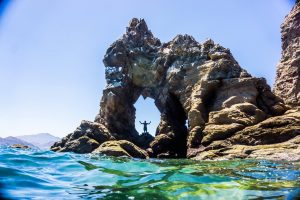 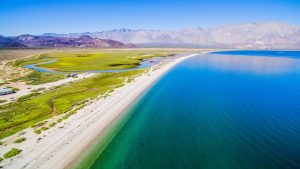 Bahia has a special place in my life, it is an amazing place incredible beautiful and the people are utterly welcoming and friendly. If you get a chance visit Bahia De Los Angeles. I suggest either camping or renting a house at Campo Archelon run by Antonio (Tony). His father was long involved in conservation and Tony carries on that legacy.