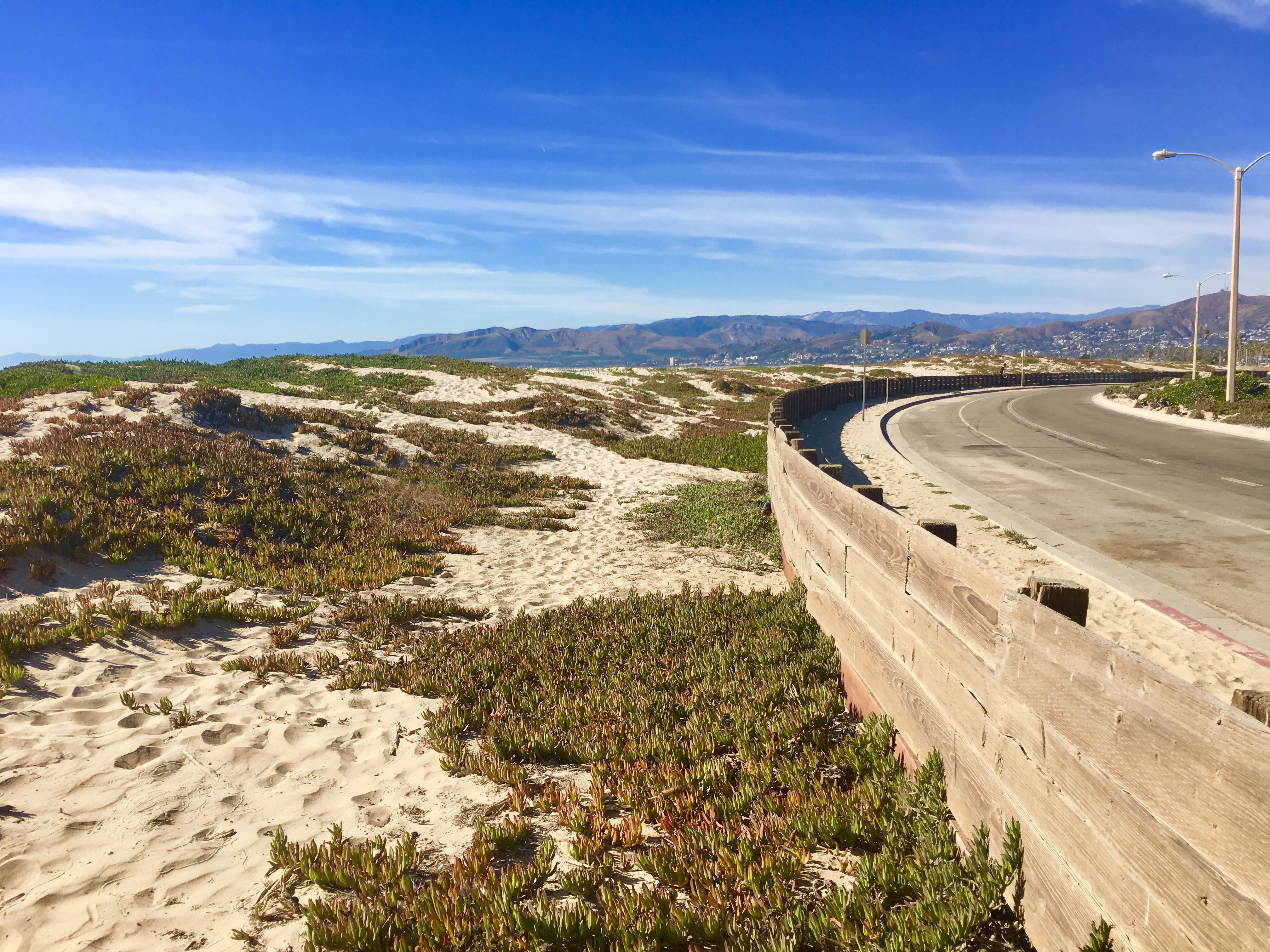 Coastal Cleanup this year took place at one of the most frequent beaches that I go to, and one of the ones I’m familiar with the most. South Beach,parallel to the Ventura Harbor, was the beach I often went to with my dad when I was younger and we would often boogie board there, even though we technically weren’t allowed to due to how strong the tides are there, so I got to appreciate it early on. But, going there for Coastal Cleanup became an enlightening experience for me because I never really paid attention to how much trash was everywhere. There’s a barricade along Spinnaker Dr. that separates the beach dunes from the road and I must say there was a lot of garbage along that wall, specifically the side facing the road. There was broken glass, cigarette butts, vodka bottles, plastic, paper, and what seemed like an infinite amount of styrofoam. It was ridiculous how careless people are when it comes to picking up after themselves. They were embedded in the plants that were growing near the road in the sand so I’d have to dig in there to find the really big pieces of trash. Someone could literally spend the whole trying to clean that area, but they wouldn’t succeed in getting all of the trash.

Since I started taking this Beach class I’ve become more aware of the plant life on the sand dunes. So, I made it an objective that day to try to clean those areas too. The common flora that I observed were the telegraph weed, the red sand verbena, and the most common plant which was the Hardy Ice Plant. Another thing besides the local flora that I became aware of was the sand. The sand at that specific beach was very fine grained sand. Unfortunately, that made it a bit of a task to clean the beach because a lot of the trash that I found was partially covered. When I went to the dunes to cleanup I noticed there was a lot cigarettes. My suspicion after a certain period of time was that people were laying in those dunes and smoking while they appreciated the view of the beach. My theory became further supported by my discovery of matchboxes, a lighter, and a pack of cigarettes in areas of the dunes that did grant a good viewing point of the beach. It’s unfortunate that people, even if they admire the beauty of the beach, don’t take the steps to try to keep the beach looking beautiful. They also don’t seem to care much about the plant community there as well since I see many plants just squished down. Thankfully, the Coastal Cleanup allowed a large group of people to right these wrongs that others have done. It felt good to help cleanup the beach sides and the plant beds not just because it was the right thing to do, but also because it started to show off more of the natural beauty in that environment. A lot of people visit that location since it’s close to the harbor, so it’s practically guaranteed that a lot of trash will get built up there. But, I’ve started to do a little cleaning on my own time now, so I hope that others are now motivated to do the same when they have time away from school or work. Especially if they are the ones going to the beach.

2 thoughts on “Beach Cleanup Day at the Ventura Harbor”