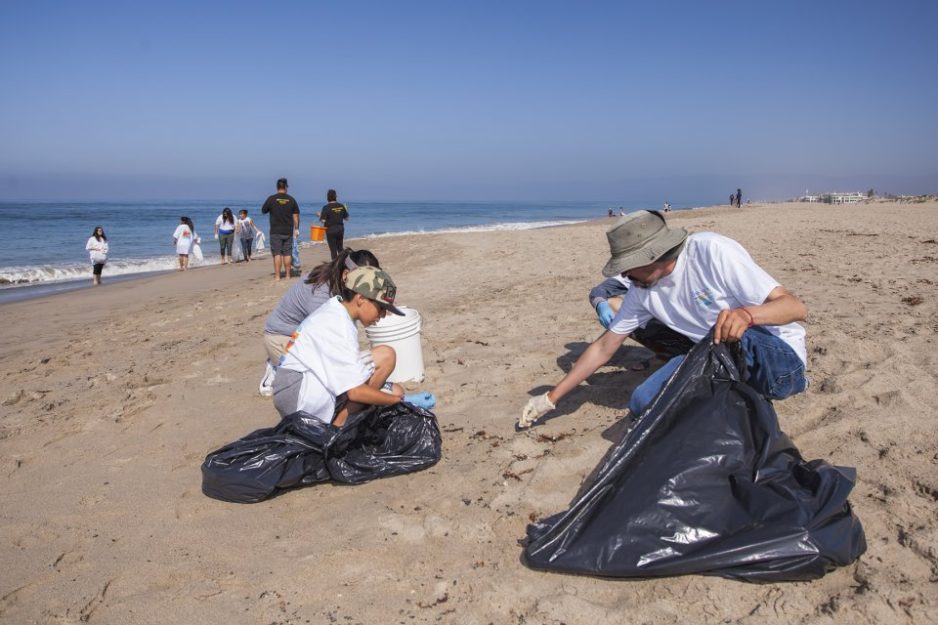 On September 16th, 2017 me and my ESRM class (The beach) went to the beach at Ventura Harbor to do Coastal cleanup. I got their signed in and started to pick up trash. What amazed me and got my attention, wasn’t the beautiful beach itself. It was that so many people showed up to be a part of coastal cleanup day. In my mind there were only going to be a few other people their helping our class cleanup the beach. What blew my mind were how many people showed up to clean the beach. Whole families were their cleaning up the beach. There were so many people there that I didn’t even run into a lot of my classmates. There was a lot of trash but there may have even been just as many people as the number of trash that were there. There was alcohol bottles, cigarette buds, wrappers from foods, aluminum six pack holders and much more. Although I didn’t see lots of trash some of my classmates told me that there was a lot of trash from the dunes to a wall that separated the beach from the street. Apparently there was a lot of trash their. Makes sense if the wind pushed it out and got trapped next to the wall. The beach and the shoreline were I spent most of my time picking up trash was not a lot. It is sad that people don’t care or don’t think about the cleanliness of the beach and are inconsiderate and don’t think about the next person of group of people enjoying the beach. A beach is something California has and is only a small percentage of California. More then 50 percent of the states in America don’t even have a beach at all.
The experience did create in me a desire to protect and preserve something that is so rare and special. Because of Coastal Cleanup I know have a more appreciation of the beach and all that it has to offer us. Also the importance of saving animals lives and preserving the ecosystem. I will never forget this experience and wouldn’t be surprised if I decided to do it again in my free time. I recommend that everyone gives it a try and go beyond themselves and help other people and help preserve the beauty that goD created (The beach)!!!!

2 thoughts on “Beach Cleanup, What A Fun Time!”