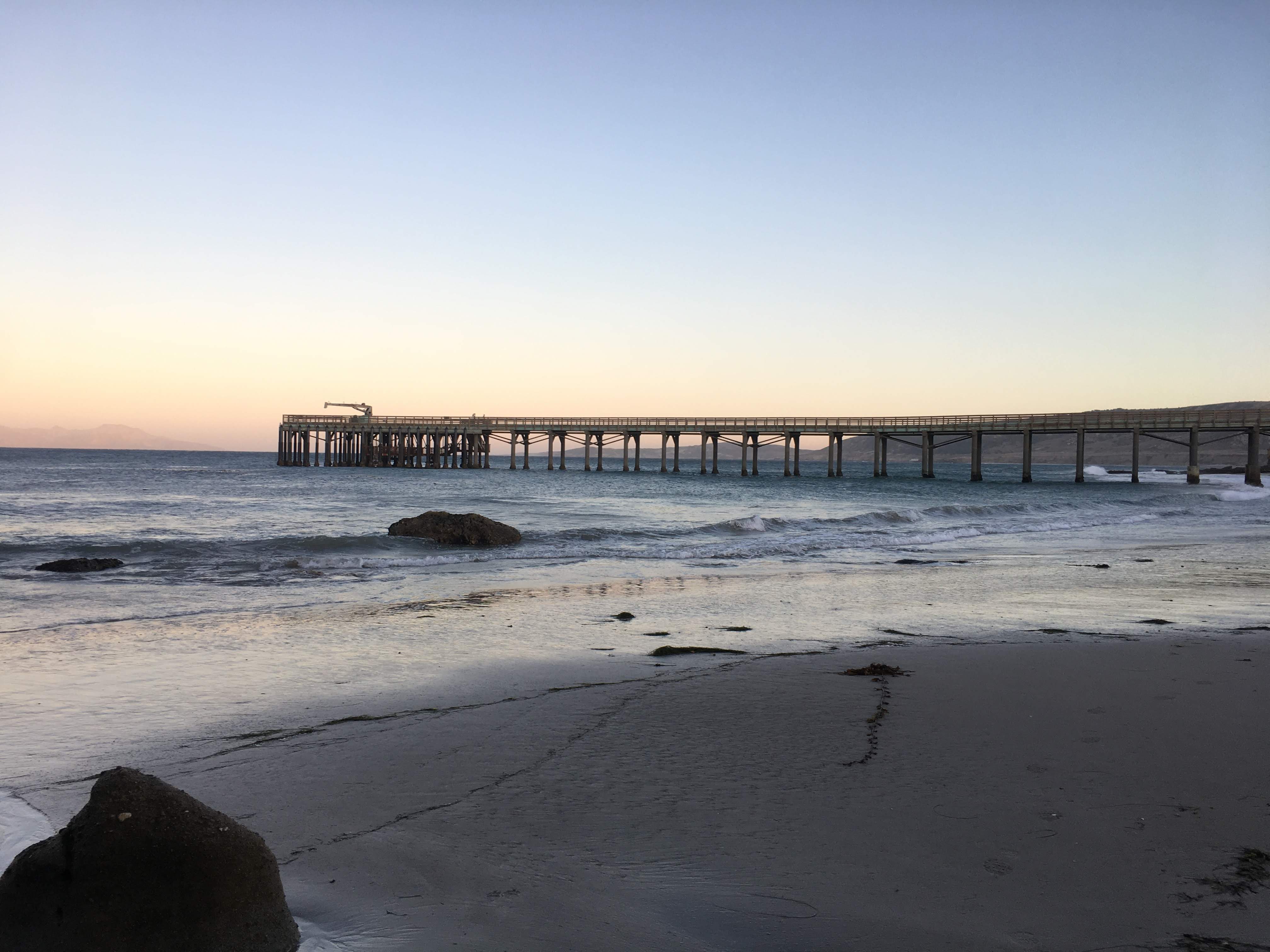 I am currently doing my capstone project on Santa Rosa Island, and have grown familiar with the beach at Bechers Bay. While I have been down to the beach several times, it was not until this last trip that it was warm enough to actually go into the water, and “properly” enjoy the beach. It was a very nice experience, and I was very interested in the multitude of life that resides in and around the beach at Bechers Bay.

The small sandy beach at Becher’s bay is an important habitat to the many organisms that reside on Santa Rosa Island. Small invertebrates such as sand crabs, beach hoppers, and bean clams reside in the intertidal zone of the beach. The sea cliffs behind the beach are where a multitude of seabirds make their nests, and use as hunting perches. The Channel Islands coastline provides an essential habitat for California seabirds, supplying nesting and feeding areas, as well as breeding grounds and a stopover point for 99% of them. Oystercatchers in particular can always be seen perched up on the overhangs, keeping an eye out for prey. Directly in front of Bechers Bay, Pelicans and Cormorants can be seen hunting for fish. Gulls and the occasional Raven scan the shoreline, not very picky about what they find for a meal. While I was exploring the beach, I saw what I thought were Island Fox prints. I would be surprised if they did not use the beach for hunting as well.

Further out in the water is a whole new ecosystem, the kelp forest. Made up mainly of  These are very biodiverse areas, according to the NPS over 1000 species of marine plants and animals can be found within these areas. Both warm water and cold water species can survive comfortably in the kelp forests around Santa Rosa, do do an influx of warm and cold water currents. Species residing in the Island’s kelp forests include sea urchins, sunflower stars, lobsters, abalone, and Moray eels. The California state fish, Garibaldi, also inhabits the kelp forests. Sea lions and seals also inhabit the waters around the Bay. I have seen one or the other peek its head out several times before, but it disappeared again before I could identify it as a seal or sea lion. Dolphins additionally inhabit the waters around the island, as anyone who has taken a boat out to the Channel Islands can attest to.

The beach at Bechers Bay is an incredibly diverse and dynamic ecosystem. It includes all levels of life, from simple plankton and algae to intelligent and developed mammals like sea lions and dolphins. Santa Rosa being a protected area, and the waters containing several Marine Protected Areas (MPAs), certainly help the beach maintain its diversity of life. I look forward to my next visit to Santa Rosa, I hope one of the days it is warm enough to go in the water again!