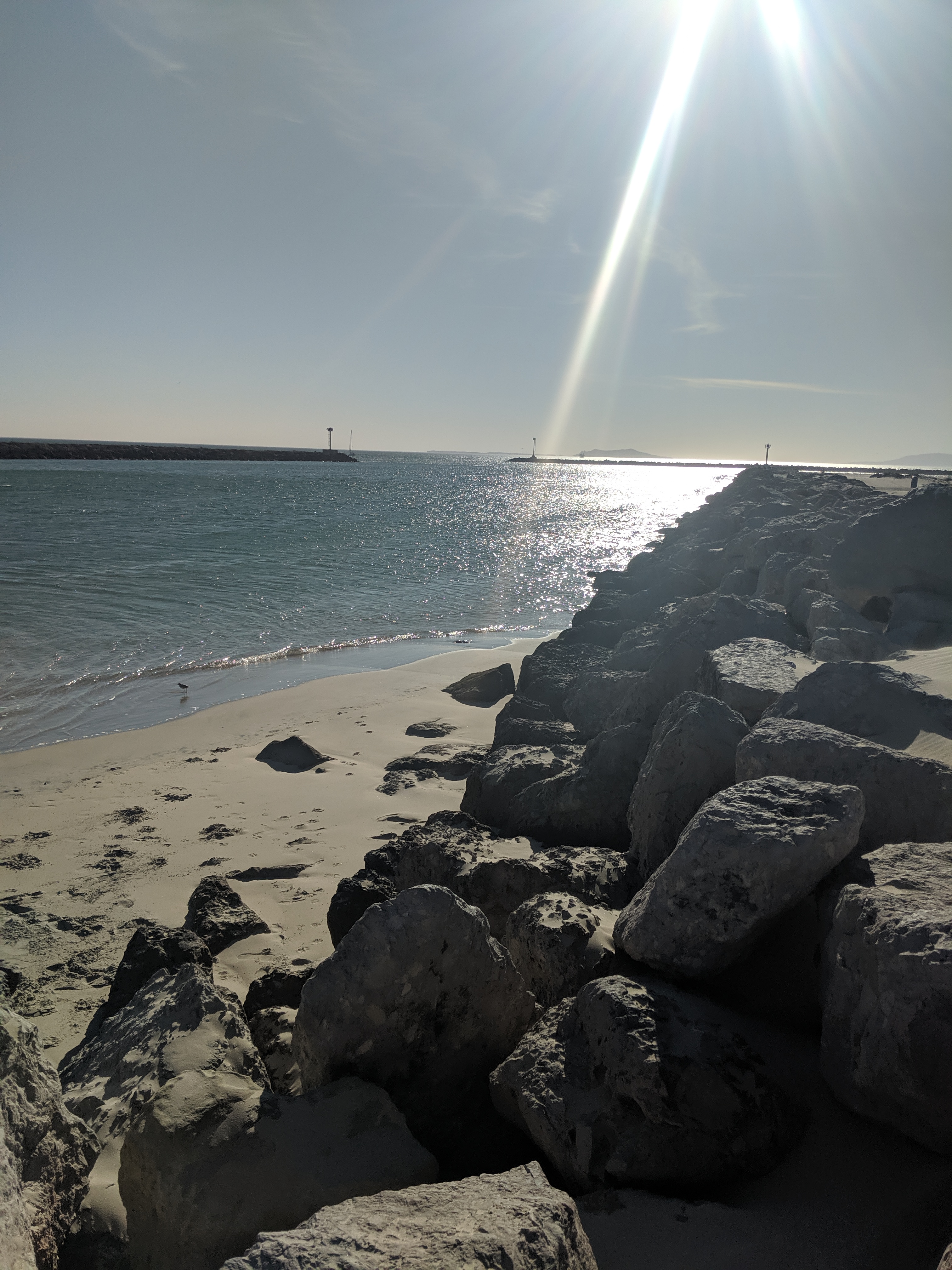 Once I arrived at Hollywood beach in Oxnard, the first thing I realized is that there are numerous rock revetments. I began to think back to what we have learned in class about this particular coastal armoring strategy. As discussed in class coastal armoring results in erosion. This erosion usually takes place upper areas of the beach and can ultimately result in the beach disappearing entirely. The featured image is a really good example of this phenomena. You can see very little sand in front of the revetment and the water get deeper rather quickly. Thankfully, this was just the public entrance and not the entire beach. The back of the beach also contained many small dunes on which vegetation resided.

As you make your way further onto the beach you begin to realize just how much sand this beach actually contains. This beach was incredibly wide and was filled with golden-fine grained sand. Today was particularly windy because of the Santa Ana winds, so all of the sand had a really cool pattern in it. When I did my beach cleanup at Mugu Beach, the sands color was a lot duller and it had larger grain sizes when compared to Hollywood Beach. Hollywood beach also had a lot more activity on it compared to Mugu Beach. People were out boating, paddle boarding and surfing while others lied on the beach soaking up the sun. I was quite shocked at the amount of people at the beach at 2PM on a Thursday, but this may be one of the more popular beaches! I will definitely have to check it out again on a weekend to see how vibrant and alive it is!

I wish I could’ve stayed longer, but unfortunately the Santa Ana winds brought a temperature of 94. So, it was incredibly hot and extremely windy this made navigating on the beach quite difficult. Additionally, because of the winds, you constantly had sand being blown into your face! I definitely want to visit this beach again when the wind dies down so I can enjoy the beach even more!