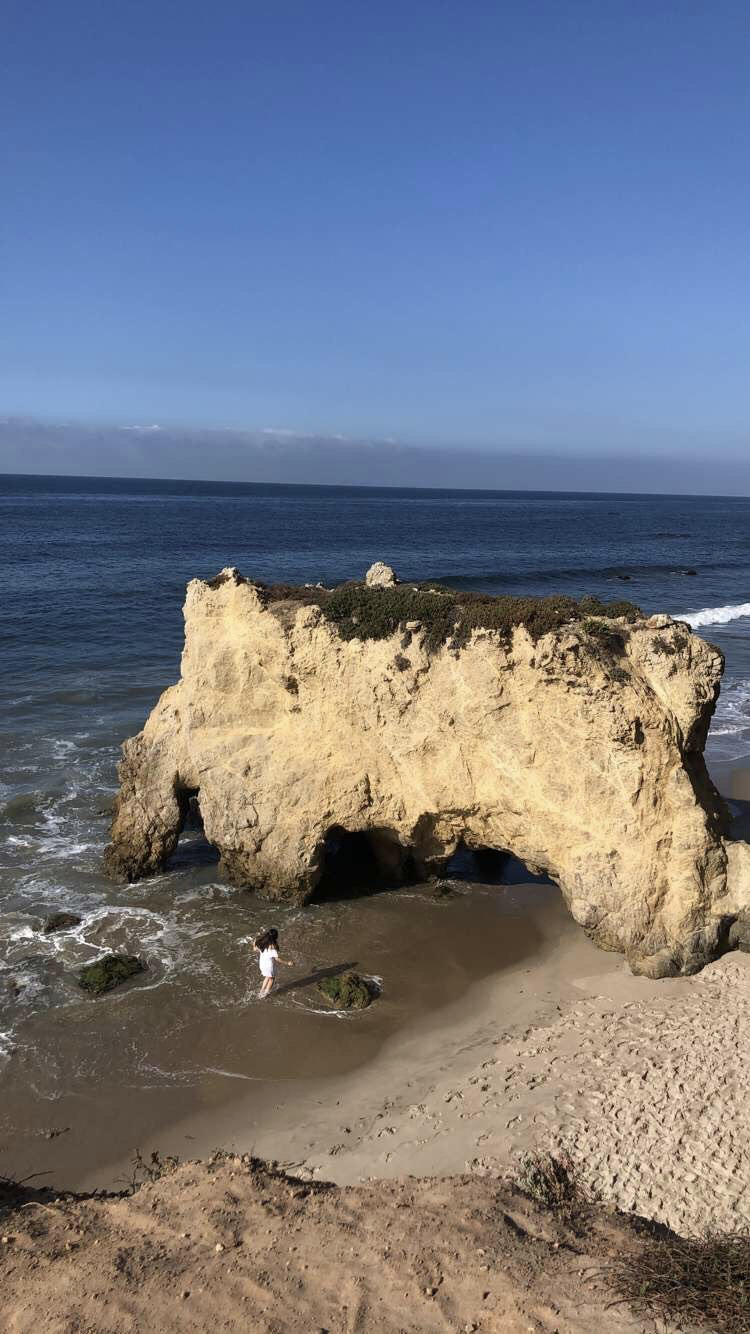 I had the opportunity of visiting El Matador State Beach in Malibu this week to conduct research over species diversity found within the coast. This was my first time visiting this beach and any beach in Malibu in particular. While visiting El Matador, I decided to observe the beach through an environmental lens that also encapsulates a geological aspect. My first thought of El Matador was that is was cleaner than most of the beaches that I have had the opportunity of visiting. The environment of the beach itself was also very diverse. The type of vegetation that surrounded the beach and the cliffs were prominent. The species of birds that were also present were distinct from the typical shore birds I have seen. The long-billed curlew was one of the birds present at the beach. They sat on top of the sea cliffs and would regularly fly down onto the shore to get food.

It was interesting seeing the geological differences compared to the beaches in Oxnard. The beaches in Oxnard tend to just be sandy beaches with no distinct geological features. The geological features that were the most prominent at El Matador were the sea cliffs. The wave eroded coastline has also caused for sea arches to be seen within some of the sea cliffs. It also seems that through the many years of coastal erosion on the coast of Southern California it has created these pocket beaches. With these pocket beaches being created they have become a popular destination to construct homes right at the shore such as the ones seems at El Matador. With the threat of rising sea levels and coastal erosion from waves it seems that these houses are more at risk than before. The wooden poles that are helping to hold up these structures seem to be eroding at a faster rate due to the force of the waves hitting them. I was not able to comb the entire stretch of El Matador, but it distinct that within the beaches of Malibu County pocket beaches tend to be relatively more common than long stretches of sandy beaches.

3 thoughts on “Geology and Environment at El Matador”