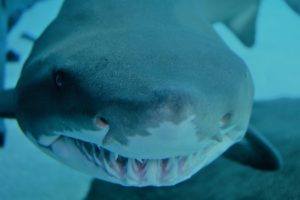 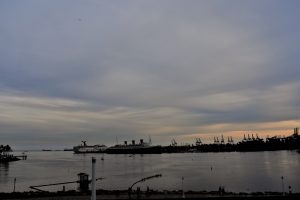 I went to Long Beach to visit the beach and Aquarium of the Pacific to learn more about the animals in the ocean. The beach is an outdoor classroom. With the diversity in the oceans off our California coast alone, there is so much to learn in order to fully understand our coasts. I focused more on the larger predatory animals such as sharks. The predators of our oceans are essential to the balance of the ecosystem and health of the ocean. With the change in ocean temperatures we are seeing a huge shift in the way these large predators act and migrate for food. Along our coasts we have had an increase in shark sightings. “The publication “Shark Attacks of the Twentieth Century” authenticated 108 unprovoked shark attacks from the Pacific Coast between 1900 and 1999… The 9 cases reported for 2017 brings the total number of unprovoked shark attacks occurring along the Pacific Coast during the 21st Century to 103. This is ‘six times’ the Twentieth Century annual average of slightly more than one shark attack per year” (Shark Research Committee 2017).  These numbers have risen as the climate has warmed; sharks that used to migrate to Mexico as the climate cooled are now staying in Southern California (LA Times, 2016).

Places like Monterey Bay Aquarium help to educate people on these animals and how we can help keep them safe in their natural habitat. One interesting thing that was brought up during a conversation with one of the aquarium experts was ways to avoid shark attacks when in the waters. Shark week on Discovery tested ways to scare away sharks and avoid being attacked. From avoiding being around animals like dolphins to electric shark deterrents, the expert at the aquarium knew everything. He agreed that the best way to avoid shark attacks is by keeping eye contact and when the shark gets close, you slap the water, sending a ripple of energy to scare them away. This was the same technique that was demonstrated by diver on Discovery Channel Mike Dornellas (Thrillist 2018). I was completely floored. It seems like the easiest and most simple way, but apparently is the most effective. I then went home and researched the video from Shark Week and it was shocking. Unfortunately you have to pay to see the episode, but it was worth the money to learn these techniques and see the sharks react.

He also spoke about how sharks and other aquatic life can tell when a hurricane is approaching, which means it is less likely for someone to be attacked by a shark because they are trying to stay safe themselves. They have what are called “lateral lines” that act as a pressure gauge, or barometer, to identify when a storm is coming and will swim far or deep to avoid the hurricane’s path (Discovery 2018). This was incredible to learn as these climate events become more common and intense.

I feel like this trip was a very memorable one and I learned an incredible amount about the ocean’s main predator: sharks. Below are links to videos mentioned above, as well as links to other information found for my post.

2 thoughts on “Long Beach and the Aquarium of the Pacific”