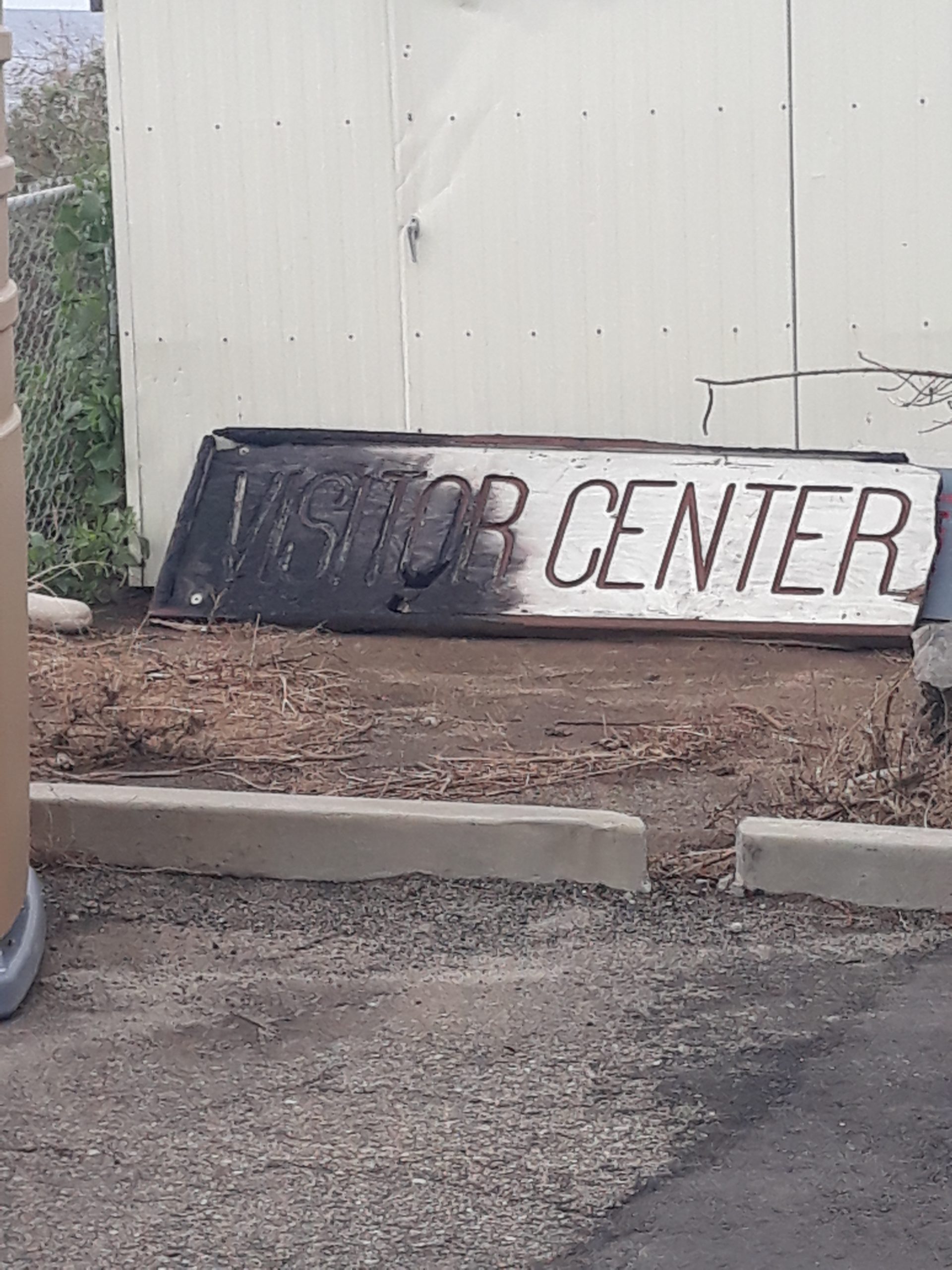 When I arrived, I did so with my family. My mother, father, dog, and myself. My father went to this beach a decent amount as a kid and remembered it fondly. though he was expecting a few things, the true amount of damage was quite concerning for him. first was the fire. The burnt-out trees and shrubs were a bit of a shock. that though was only the beginning. The old parking lot my dad had been in, he used to come out and park there and spend time with my mom when they were younger, about 20ish years ago. now, the dilapidated parking lot has been crumbling away, another major surprise and I think one of the first things to really get my dad to understand the fact that the environment as it is will slowly crumble away the infrastructure left there.

the amount of damage was still heavy even a year later, the beach looked decent but the eroding parking lot behind us was hefty and the winter beach was not that wide at all, with an El Nino, or at the least a good wind the damage at high tide could become rather serious. and continue to eat away at the coastline there, the asphalt crumbled under my fingers, so the unceasing power of the waves wouldn’t be stopped by anything.

The tides of change are unstoppable a rise of 1-2 feet over the next hundred years will cover the beach as it currently sits but will also eat away at the parking lot and the nearby hill, that hill supports highway 1. if it is made out of the same soft and easily destroyed material the current parking lot is made on top of we could have many problems in the near future. The beach itself is ok, with the short width but pristine looking water. however I found two rubbery objects I did not recognize, It looks semi-natural but don’t know what to make of it, if anyone knows, leave a comment.