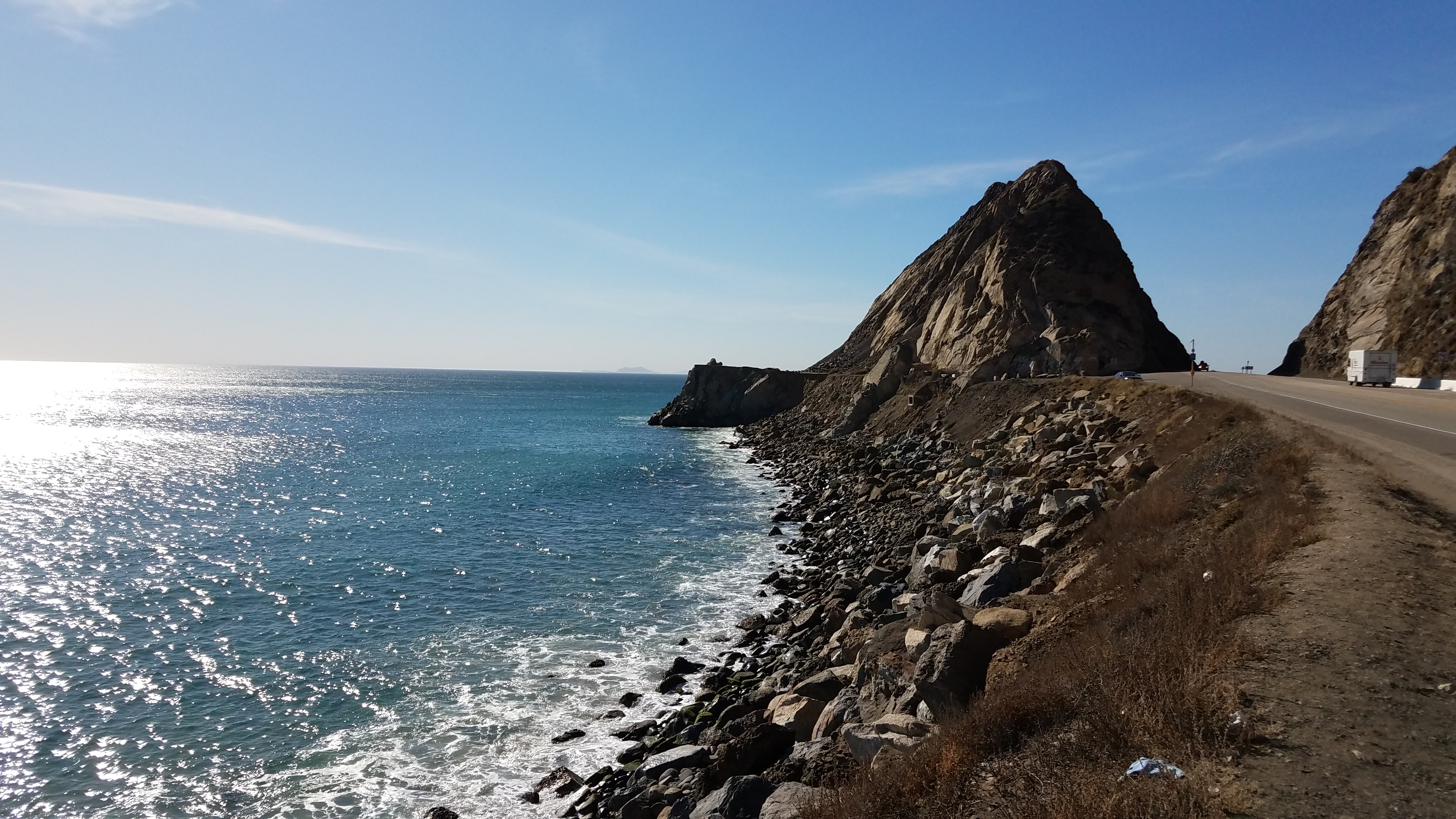 When I visited Point Mugu I didn’t yet know what kind of lens I would be using when writing about my experience. However, the direction from which I took my photos made one feature of the location very noticeable. The south side of the cape lacks a sandy beach altogether!

This immediately brought to mind longshore drift, the idea that sand is constantly being transported parallel to the shoreline in one direction. Since my sand-less photos are from the south side of the cape, this means that the longshore transport in this area is moving sand from north to south. This causes the sand to pile up on the north side of the cape (forming the sandy beach) and be entirely absent from the south side. As it turns out, I’m not the only one to make use of this phenomenon in this location for academic/research purposes.

A 1975 technical memorandum titled “Surf Observations and Longshore Current Prediction” was written by James H. Basille of the U.S. Army Corps of Engineers and Coastal Engineering Research Center [link]. This report aimed to test sophisticated prediction models of longshore currents by comparing it to data gathered by the Littoral Environment Observation (LEO) program. That said, it is of particular interest to me that this data was collected along the coast at Point Mugu.

According to a 1981 technical engineering aid titled “The Littoral Environment Observation (LEO) Data Collection Program” by Christine Schneider (for the same organizations as the previous document) [link, page 9], “LEO sites are normally located in areas where there are no natural or man-made structures to locally influence the behavior of waves and currents.” This would imply that Point Mugu coastline is sufficiently devoid of development for use in the study of natural ocean wave and current properties, or at least that it was in 1975. Data such as the kind collected by the LEO program is important for engineering endeavors and effective environmental protection, so locations like Point Mugu are valuable for their ability to serve as sites for the collection of this data.