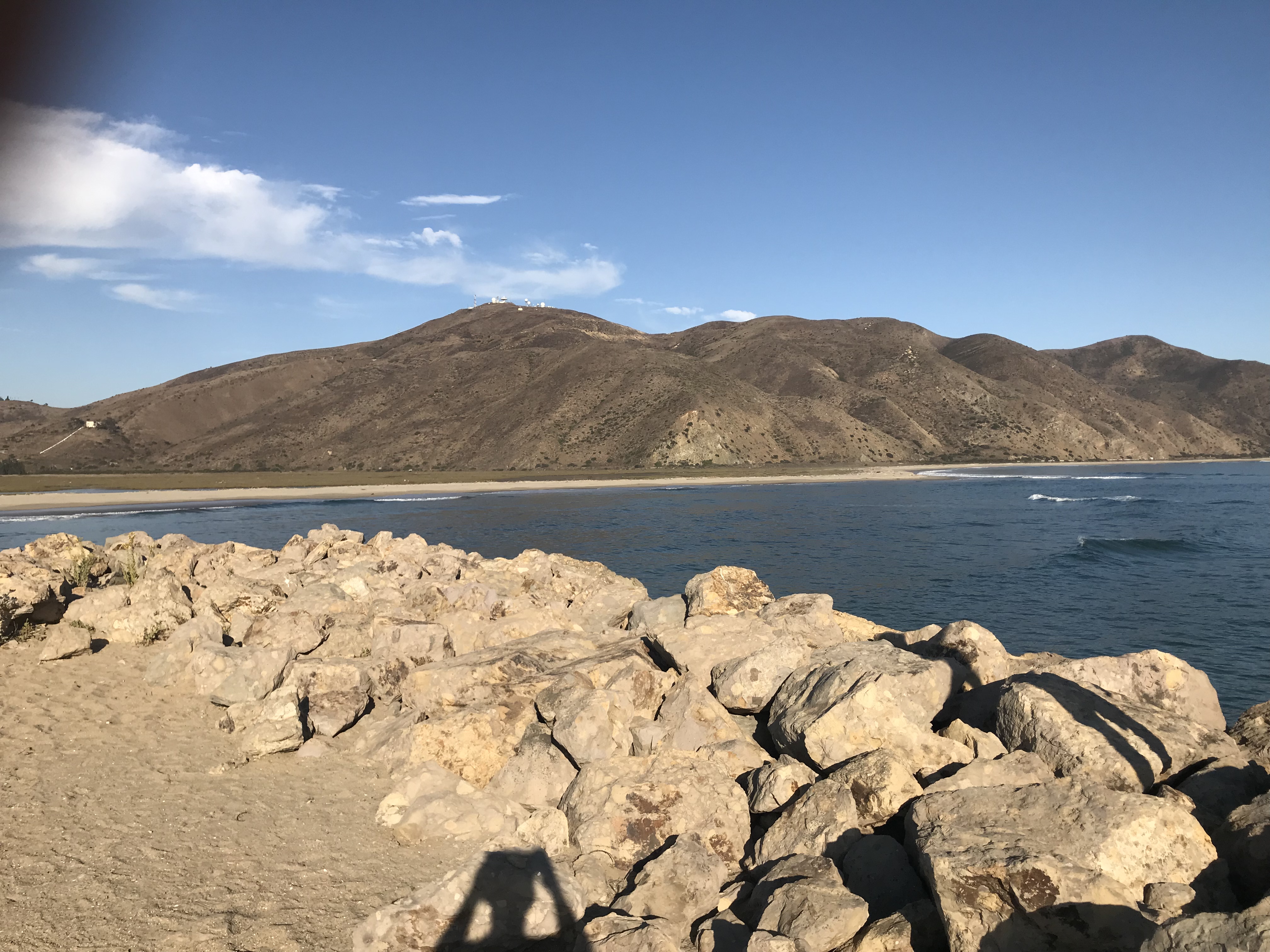 Located in between Los Angeles and Santa Barbara, the Point Mugu Beach is located alongside the coast near the Santa Monica Mountains inside the Point Mugu Naval Base. I decided to visit this beach and write about it as my second blog since we had the unique opportunity to spend the night on the base because of Green Generation club president, Kyle Ball, who was an active member of the Coast guard. The other thing I wanted to highlight that’s different from any other beach that I’ve ever visited was the Calleguas Creek Estuary. It was located just a couple of feet away from the campsite. This is the reason why I wanted to write about it from a biodiversity lens.

I was in complete awe because on one side of the beach you had Calleguas Creek Estuary, which is protected land and on the other side you had the beach that was to be used for recreational use. When some Channel Islands students and I decided to go play volleyball, we were able to witness a pretty big California Sea Lion come onshore. Something I’ve never witnessed was when an official taped off a perimeter where the sea lion was resting. I’m assuming it’s because they didn’t want anyone disturbing it but I’m not entirely sure. Swimming close to the shore was another California Sea Lion. As some time went by playing volleyball, there was a pod of dolphins ( either bottlenose or common dolphins). They were probably feeding on fish like the Sea Lion. As it hit nighttime and as we began to go into our tents, you can hear coyotes that were nearby.

In the early morning I woke up to take advantage of the few hours we had left at the base before we had to leave and started observing the estuary a bit more closely. The water level actually rose compared to the day before. As I was observing this beautiful scenery, I was able to witness some different species of birds moving around that included Long-Billed Curlew, Snowy Plover, and Marbled Godwit. As many of you know, there’s a few areas where Snowy Plovers will mate and lay eggs, and this is one of the locations. There was also a California Sea Lion that was submerged in the water.

Lastly, I just want to conclude that I was able to see a drastic difference from this beach compared to other beaches. Since access is restricted, the area looks more aesthetically pleasing compared to other beaches I’ve visited and the animals seem to thrive more in areas like this l. I understand that people want access to beaches, whether it’s for property expansion or just visiting for the day but sometimes that’s at the expense of the animals living in the area. This visit gave me a deeper appreciation of the biodiversity of the area.