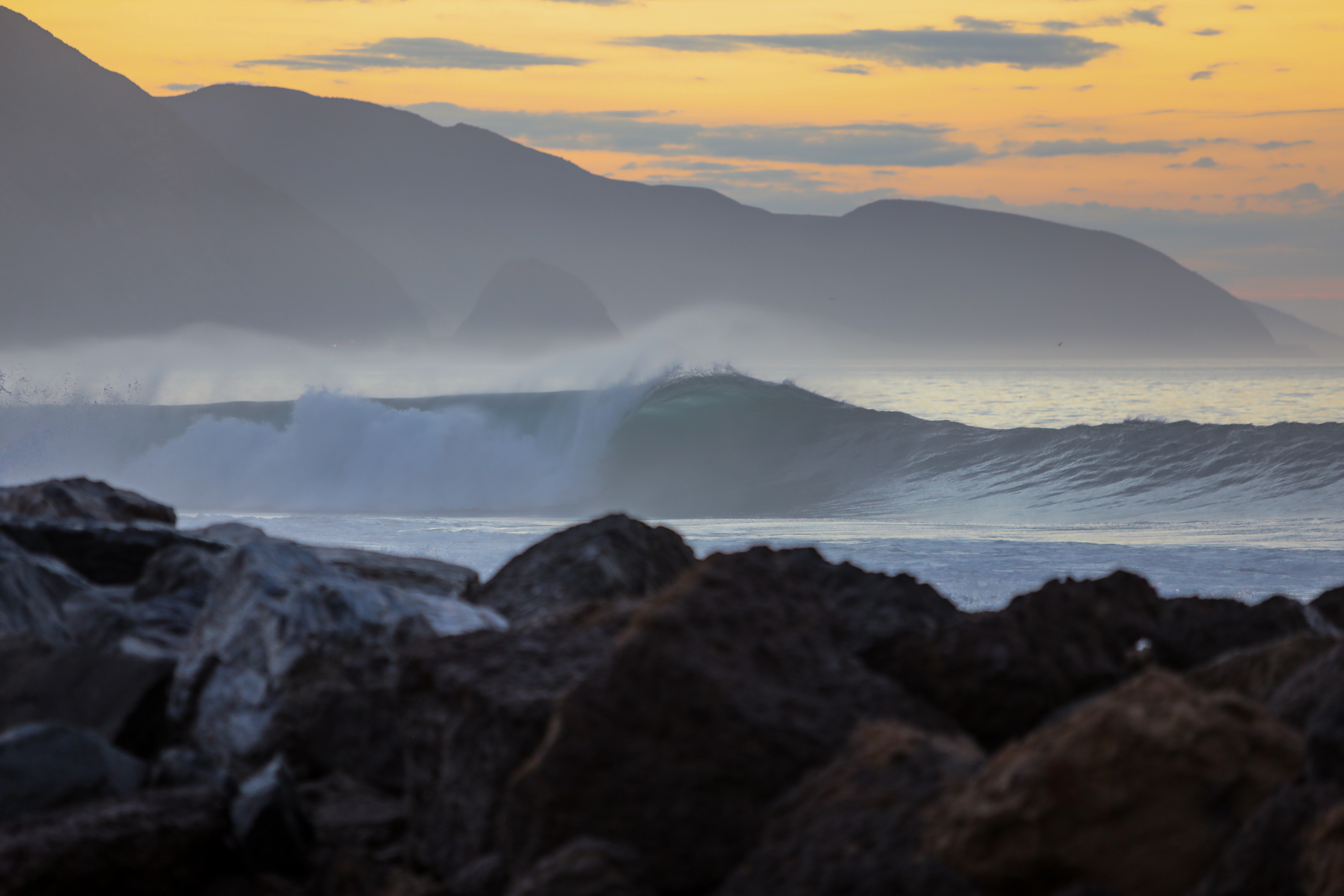 California is known for its sandy beaches and beautiful coastlines. In particular, there is a well-known surfing spot in the Ventura County referred to by most as “Base” or “Mugu” since the surf spot is located on Naval Base Ventura County, Point Mugu. I have been bodyboarding Base since 2011, and the secret to the amazing waves at Mugu all depends on the sand. As we will see, Point Mugu acts differently due to its unique angle of the exposed beach to the Pacific Ocean and some geographic features.

Typically during the summer months in California the waves are smaller, and sand is returned to beaches. During the winter months in California wave size increases, so most sand from beaches are transported through a natural process called longshore drift. However, Point Mugu is interestingly the opposite of most of the California coast with respect to its sand. Before we continue, we must understand some characteristics about Mugu.

First, Point Mugu faces south east which is a lot different from most west facing shorelines. Due to Mugu’s extra southernly exposure, Mugu can handle most south swells. Second, a few hundred feet from the shoreline the depth of the beach increases exponentially due to the deep canyons off of Point Mugu. These deep underwater canyons funnel mass amounts of swell towards Mugu and increases in height as the wave crashes on the sand. Thus, Mugu becomes a world-class wave that attracts the masses.

To reiterate, during the summer months Point Mugu, due to its southernly exposure and its deep water canyon, attracts a lot south swell which naturally transport its the sand north. Later in the summer season hurricanes begin to form off of Mexico, and the waves are ideally directed to Point Mugu. Hurricane swells does not reach all of California due to its typical steep angle from about 160 degrees. In the picture below, my friend shot this photo during a typical hurricane swell at Point Mugu. Notice the amount of sand along the break wall. These summer swells eventually shifts all the sand northward. While sand returns to most beaches during the summer months, Point Mugu is an exception.

By the end of the winter season the sand has returned back to Mugu, while most beaches are waiting for the summer waves to return its sand.

Point Mugu is such an amazing place, and I encourage everyone to visit Mugu to watch its world-class waves, or simply, enjoy its unique flow of sand displacement.