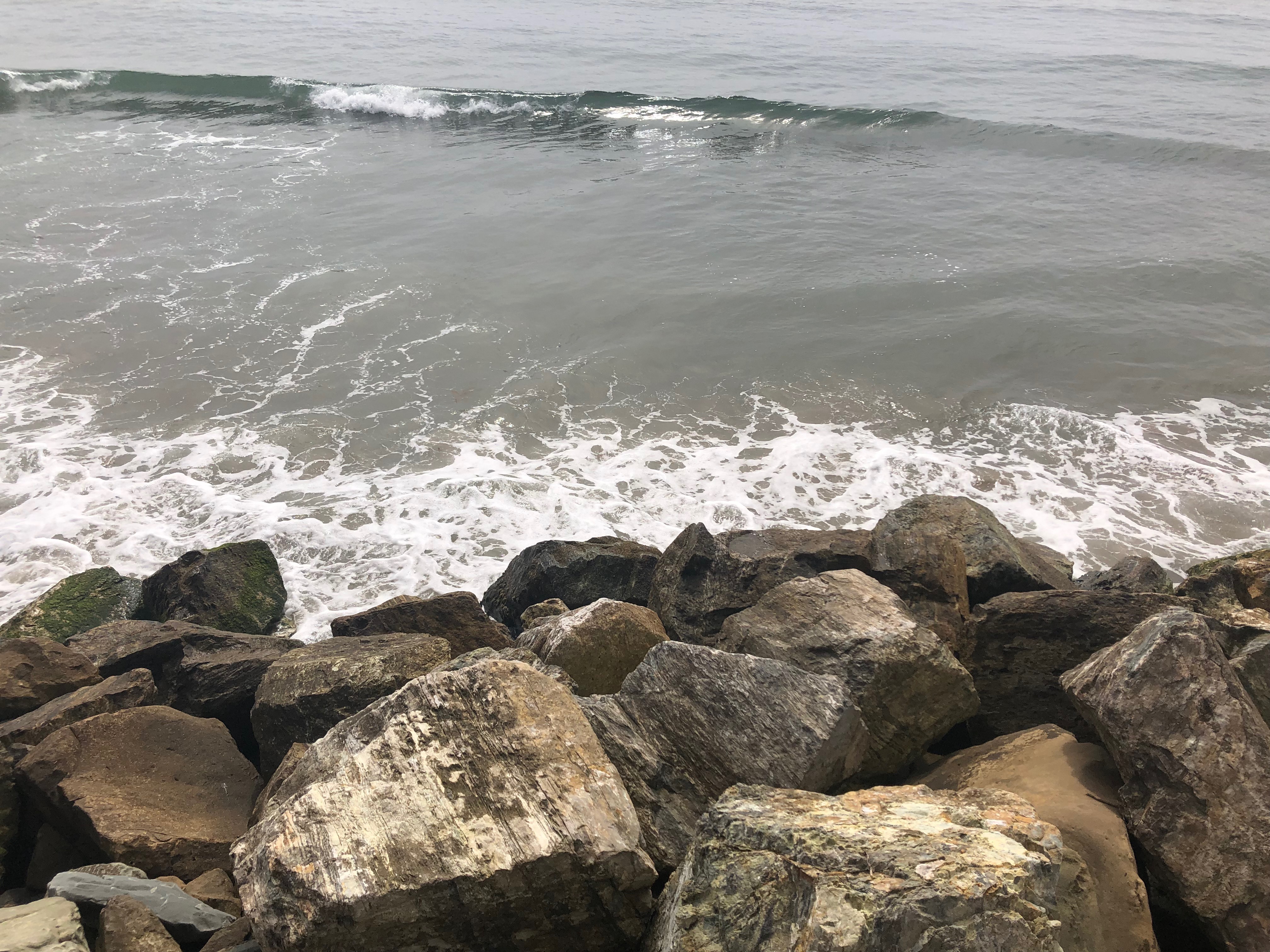 I’m lucky enough to have a friend with a beach house. I don’t necessarily tell her that beach houses are pretty bad investments right now, all things considered, but I’m happy to use it in the mean time. Her beach house happens to be beach front…like really beachfront. The back gate is approximately 20 feet from the waterline, depending on the time of day. But it’s not a straight shoot – there’s a hulking pile of rocks (a.k.a riprap) in between. It’s pretty easy to see why the riprap is there. The waterline is fast approaching the houses while the sand erodes below them.

Apparently, there used to be stairways staggered along the rocks, but they recently had to be demolished to allow for more riprap. Remnants of the stairs, as well, as exposed pipes from who knows what, can be seen in the photo above. What the photo doesn’t really convey is the fact that the trail and property in the right of the photo are about five feet below the height of the riprap, meaning these houses are barely five feet above the waterline.

It’s obvious that these houses, along with many others along the coast, are not going to survive the risings seas. But, because their inhabitants have money (which translates to power), the government has to subsidize the protection of their assets. The homeowners association had to pay a nominal amount to bring in another shipment of rocks, while the rest is funded by taxpayers. All for a band-aid solution.

These houses are worth millions but are mostly vacation/secondary homes. The people who own these houses would not be destitute by any means, if something were to happen to their property. Like Broad Beach in Malibu, measures like these will only last “for now.” It’s a stick your head in the sand (no pun intended) mentality. I don’t know if there are any solutions to this situation that would protect both economic and environmental interests, but my friend should probably unload her beach house soon.