The beach I visited is Robert Meyer Memorial State Beach which I found out is made up of “pocket beaches” along the city of Malibu. These beaches are known as hidden jems around Malibu but can be crowded during the summer. These pocket beaches are surrounded by million-dollar homes in Western Malibu. Robert H. Meyer Memorial State Beach is made up of  three pocket beaches, I visited all of them as I made my way down the Pacific coast highway.

Pocket beaches are and formed between headlands in coves of rocky shorelines. The shape of a pocket beach is determined by the formation of the surrounding bedrock and the forces of waves, currents and tides also determine the type and amount of sediment deposited. Out of the three , I first visited El Matador State Beach which I found by following the long dirt trail to this rocky beach. Here I found great ocean views and sea caves. Next was La Piedra State Beach, what amazed me at this beach was the sandstone cliffs and reefs all around. Lastly was El Pescador State Beach, this is the spot for surfers who want the unpopular spots. There’s plenty of open space within this cove which makes it feel like you’re in your own little world. Surprisingly, all of these pocket beaches seemed to be spotless with very little trash because the people and county do everything possible to keep the world famous beaches clean for the community and visitors to enjoy

The beach I enjoyed the most was El Pescador State Beach because it was considerably less crowded than the neighboring beaches. Exploring this beach I found it has nice soft sand and some rocky areas with tide pools to explore. The goal of my visit was to find a new place that I can routinely come to and just have it be known as the “spot”. That way in the future Im not always contemplating which beach to come to in Malibu, and i think with El Pescador State Beach I have found my “spot”. Its hard to find but the beach is quite and the waves are huge and if you want a beach to your self this is the place. 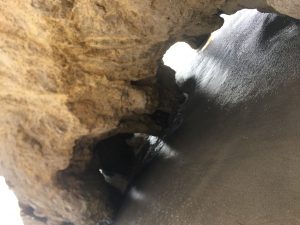 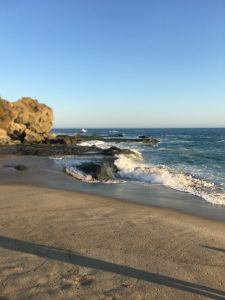 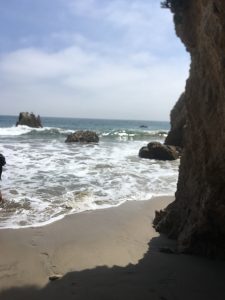