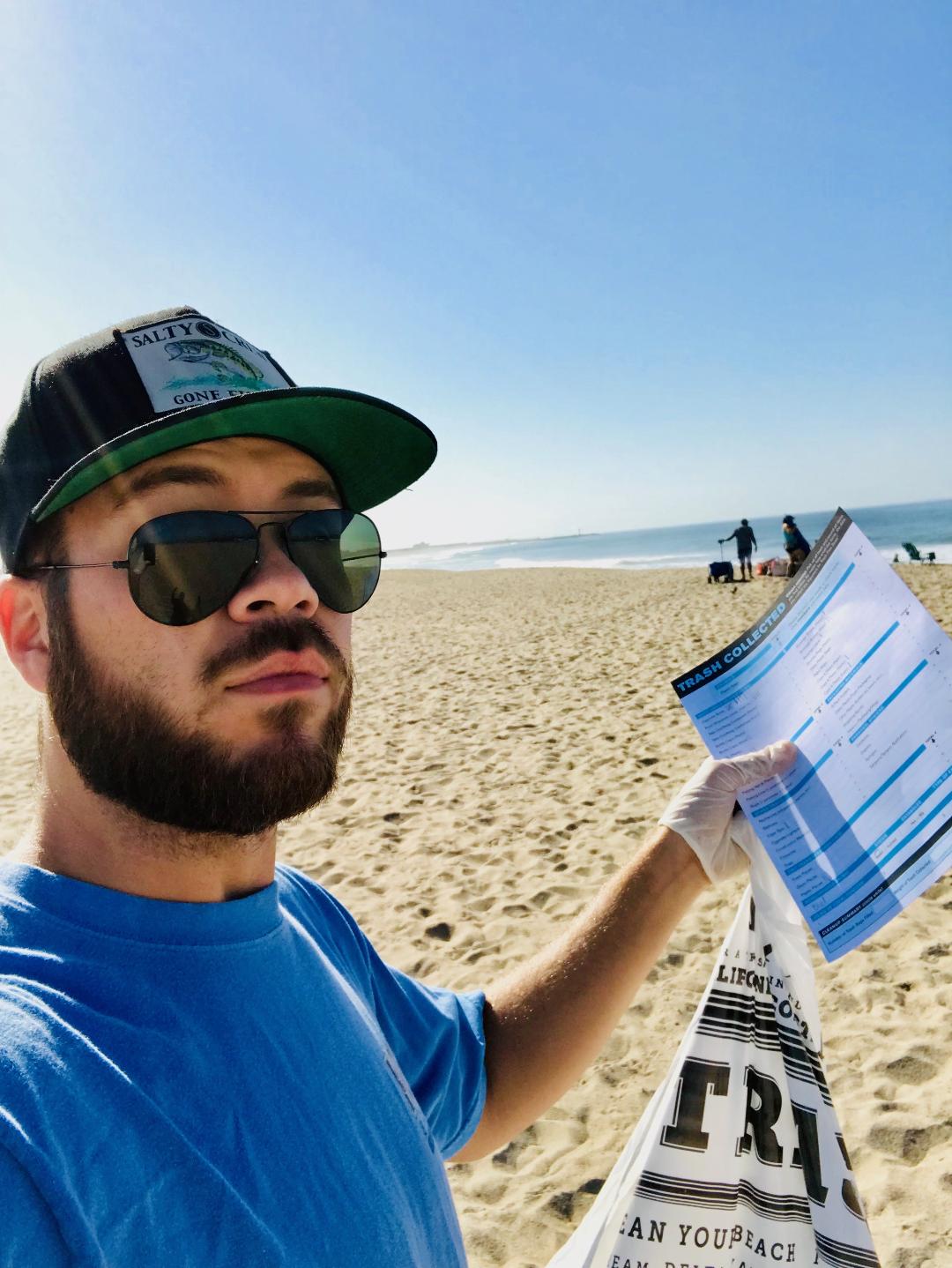 I decided to attend Silver Strand beach in Oxnard, CA for Ventura coastal cleanup day! Overall, it was a fun, and rewarding experience. I made some new friends, and got to chat with some very friendly people. When I arrived I was given a checklist and bag for the trash I would collect. I would go on to collect about 3 pounds of trash in that bag!

I am going to be writing this blog in the lens of a beach fisher, as fishing is one of my favorite hobbies. After collecting my necessities for the cleanup, I decided that my area of focus would be the jetty. As I headed towards that direction I can already see the early morning fishers up on the rocks. When I reached the jetty, I was instantly faced with the challenge of retrieving a broken glass beer bottle from inside a small cove, bordered by spider webs. I was determined to make a difference so I grabbed the bottle and tossed it in my bag. I continued to clean the jetty, maneuvering around the fishers as I was cleaning trash. I was finding mostly cigarette butts, beer bottles, cans, and bottle caps, and food wrappers. After cleaning for about twenty minutes on the jetty, I was starting to think to myself, “Is this is the stigma that is placed on fisherman?” If so, then that makes me sad because I love to fish! It is just a shame that other fishers can ruin the reputation of the people that actually care about this planet. As an avid fisher, I understand that it is my duty to completely pick up after myself after I am done fishing, and I have been practicing this ever since I started as a kid. I try to instill it upon others the best I can, but at the end of the day, it is up to the individual to make the extra effort to clean up after themselves.

I cleaned the jetty to the best of my ability, then moved my way down the shoreline searching for small pieces of plastic, finding many along the way! the farther and farther I proceeded down the beach, the less trash and plastic I was seeing, and for a second I had positive thoughts about the future of our oceans.