Surfers point in Ventura is truly a special place to visit, watch a longboarded catching a beautiful right swell as a flock of seagulls fly into the sunset. The Ventura river mouth spits out directly into the ocean creating a lagoon full of many different bird species. Often times if you look just up the coast away you can see kite surfers riding the gusts of wind 20 plus feet into the air only to land with a splash similar to that of a pelican diving into the water after its next meal. It is interesting to me that as humans we so often closely mimic nature without being aware of it. It is not a rare sight to see a pod of dolphins surfing the swell at the point. There isn’t usually much of a beach at the point just large rocks that the waves break on and the surfers trip over on their way to a stoke session. The rocks where put there by the city to keep the valuable promenade from weathering and eroding into the Pacific. There is a lack of sediment due mostly to the Matilija dam upstream of the Ventura River. Many of the local surfers want it taken down in order to replenish sediment to the beach which will in turn create a bigger sand bar in the winters developing a better brake. Besides the wild life and natural processes observable at the point there is a thriving surf culture that is equally as entertaining. It is a friendly environment as long as you don’t snake a local’s wave. It is not uncommon to see wet suites drying on the top of a VW bus while a surfer refuels with a snack and a nap before he goes out for another session. Many a times there is homeless youth whittling away at a piece of drift wood to make aesthetically pleasing trinkets to sell to the tourist. If you haven’t been to this beach I would highly suggest you do so, if not to surf or swim to at least understand what Ventura is all about. I have lived in Ventura my whole life and if I tried to describe it one hundred times with my own words it would never do the justice that going to surfers point for fifteen minutes would. 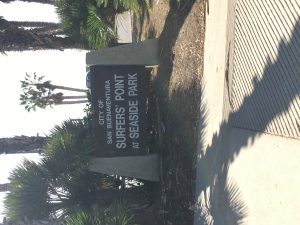 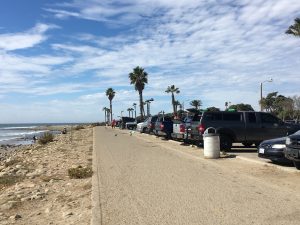 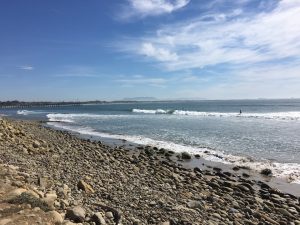