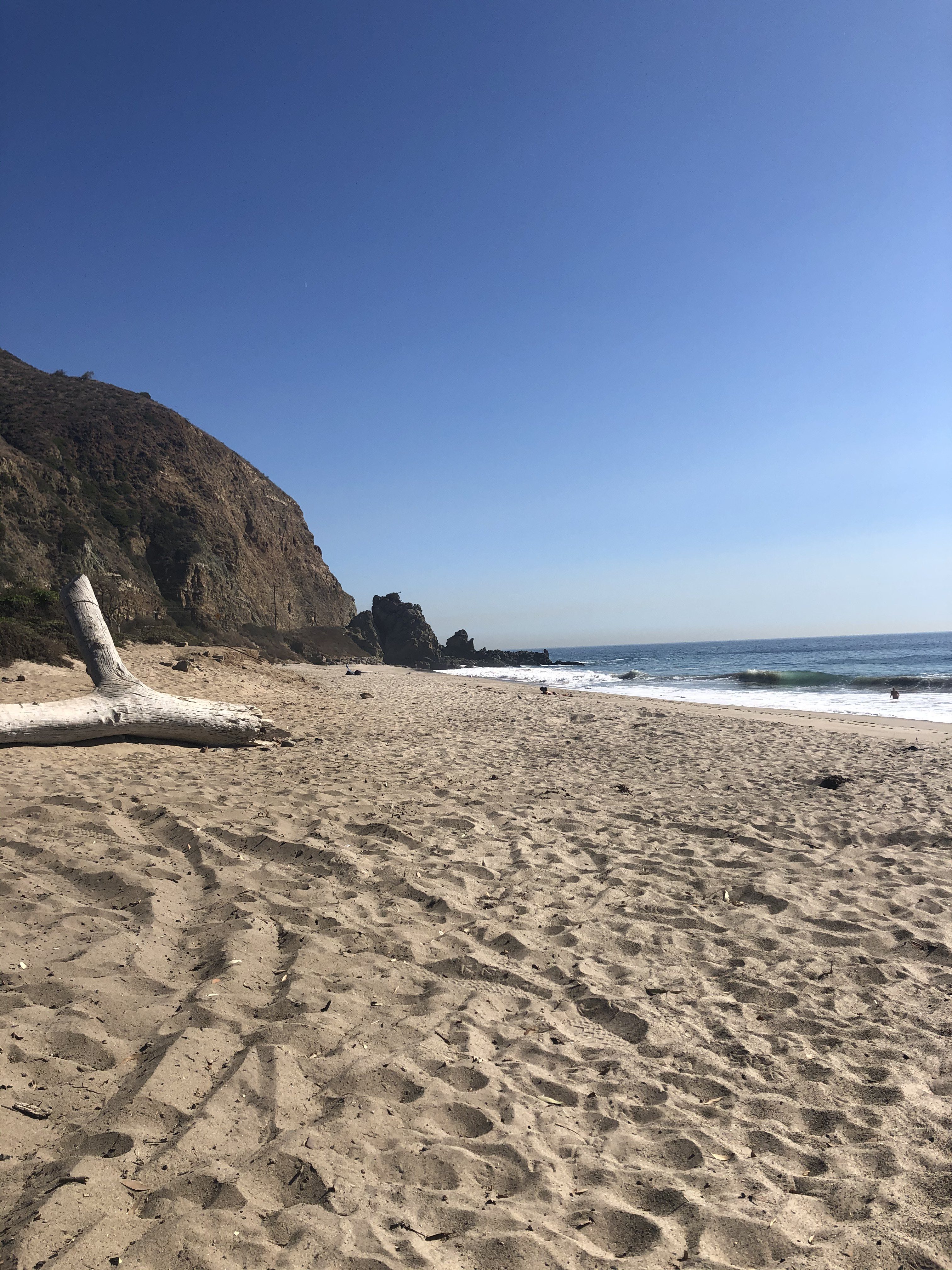 Just a short drive down the PCH, about three miles from Mugu Rock, sits a nice wide stretch of sandy beach making up a small piece of Point Mugu State Park: Sycamore Cove. This beach is a well kept public beach with paid day-use-parking, and access to the Sycamore Canyon Campgrounds right across the street. It offers all the necessities for a nice day trip to the beach, including picnic tables, grill pits, public restroom, and, of course, good times. However, Sycamore Cove has not always been the day use public beach it is today, and has had major developmental changes over the past decade.

While it’s nearly impossible to tell today, back in 1940 Sycamore Cove had just been fitted with a 400 foot long fishing pier. This pier was intended to draw business to the “Big Sycamore Beach Resort”, which at that time consisted of some small shops and fishing barge which docked at the pier. Unfortunately, the pier barely lasted 5 months before a storm heavily damaged it, along with other structures. After being rebuilt, and after the addition of a mobile home park and campground between the pier and highway, the pier and surrounding structures remained mostly unchanged for many years. That is until 1968, when the State of California acquired the land for what is now Point Mugu State Park from William Broome, and took control of Sycamore Cove. The pier, along with the remainder of “Big Sycamore Beach Resort”, finally came down around 1972.

Today no significant trace of the pier remains, and where the mobile homes and shops once stood has either returned to sand or been paved over. Even so, Sycamore Cove’s connection to the public continues, and it’s no mystery why. As a large south west facing pocket beach, Sycamore Cove is a perfect representation of Southern California’s beach imaginary, and an ideal beach for a variety of activities. Being at the end of Sycamore Canyon and trapped between cliffs on either side, the beach has accumulated a vast store of sand, which is always sure to draw in people. On top of that, its proximity to Camarillo and Oxnard makes Sycamore Cove easily accessible, while its distance from more popular locations such as Malibu allows it to remain a local luxury. So while the resort and pier have long since gone, the attraction of Sycamore Cove continues.