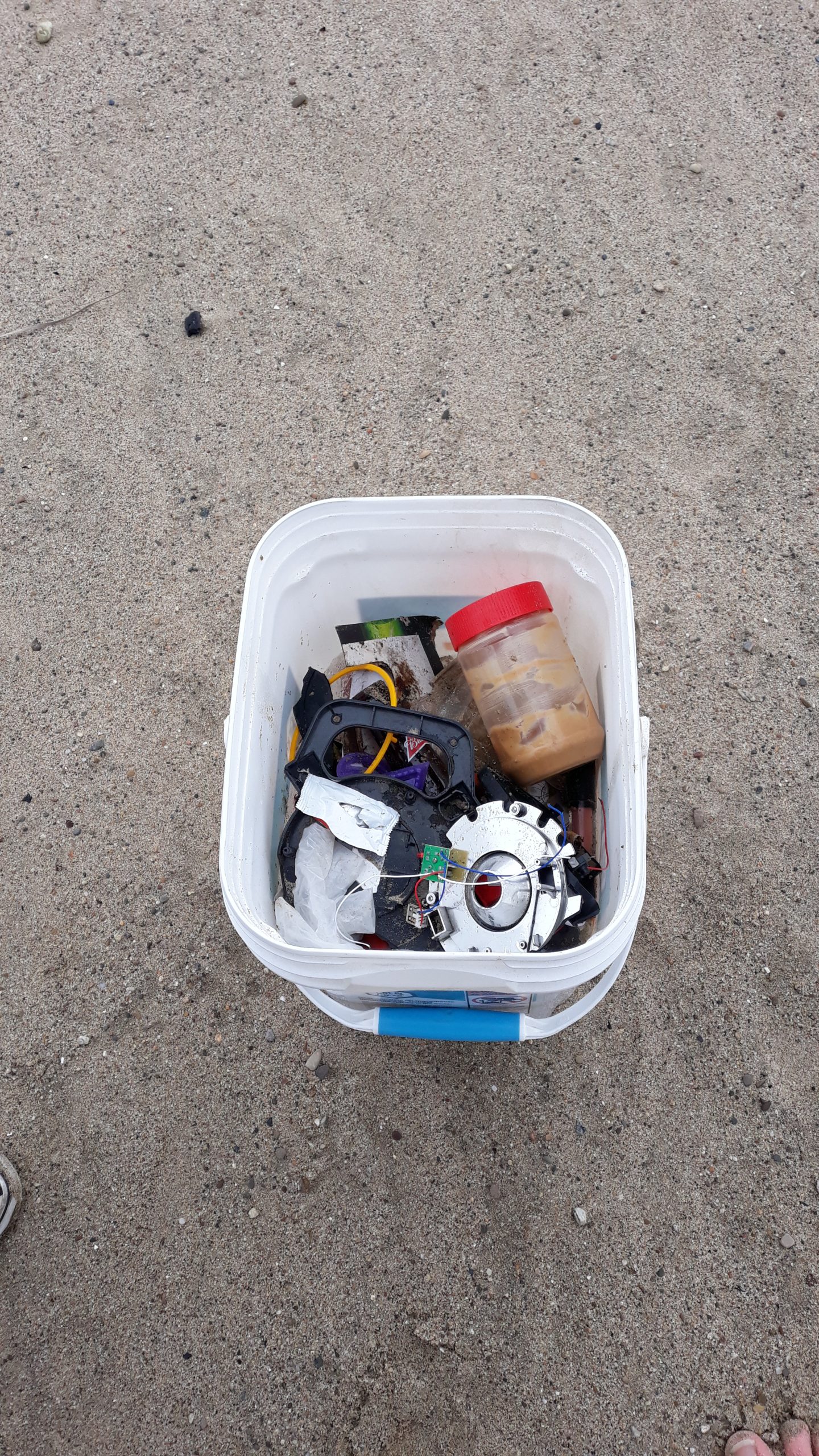 Hueneme Pier is a small fishing pier in the middle of Hueneme Beach park. Originally constructed to facilitate the construction of a sewer outfall pipe in 1956, the pier has since been remodeled and extended to serve as a public fishing spot. Currently, the pier and surrounding beach back up to a heavily residential area, and, like any well used beach, is victim to human pollutants: specifically trash. As one of the beaches I’ve visited the most in the past year, I’ve noticed the large amount of trash scattered across the area. Even with numerus trash cans clearly spread about the area the trash persists, with a large portion of it being petroleum based products (plastic, Styrofoam, etc.) no larger than a half dollar. With this in mind, I decided to focus my beach clean up around the pier. Here is what I found:

After a little less than two hours of picking up trash I had a nice full five-gallon bucket. Which I’ll admit, may not seem that impressive. However, what you can’t see in the picture above is the sheer amount of small trash (like the plastics previously mentioned) filling up the majority of the bucket. I found every sort of plastic imaginable coming in both identifiable forms, like candy wrappers, plastic bags, straws, gloves, fishing lures, etc. (generally as fragments), to unidentifiable forms, like Styrofoam pieces and hard plastic fragments. The degree to which many of these plastics seemed broken up really made me wonder how the microplastic situation might look in the sediment and water surrounding the pier. On top of the plastics, other small forms of trash persisted such as cigarette butts and bottle caps, which pose their own treats to the environment. These two trash types significantly increased in density around the picnic tables along side the pier. Additionally, larger trash such as cans, bottles, electronic scraps, and even a peanut butter jar (as shown above) became more common. Looking back on my findings, the larger trash seemed to be densest in the areas where I would expect higher foot traffic (around the picnic tables, pier, and top of the beach near the parking lot), while smaller trash seemed densest at the hightide line and in the valley of the backshore. To me, this raises an even larger concern for the small plastics on the beach as they are clearly mobile with the tides, possibly allowing them to spread and cause damage to other areas.