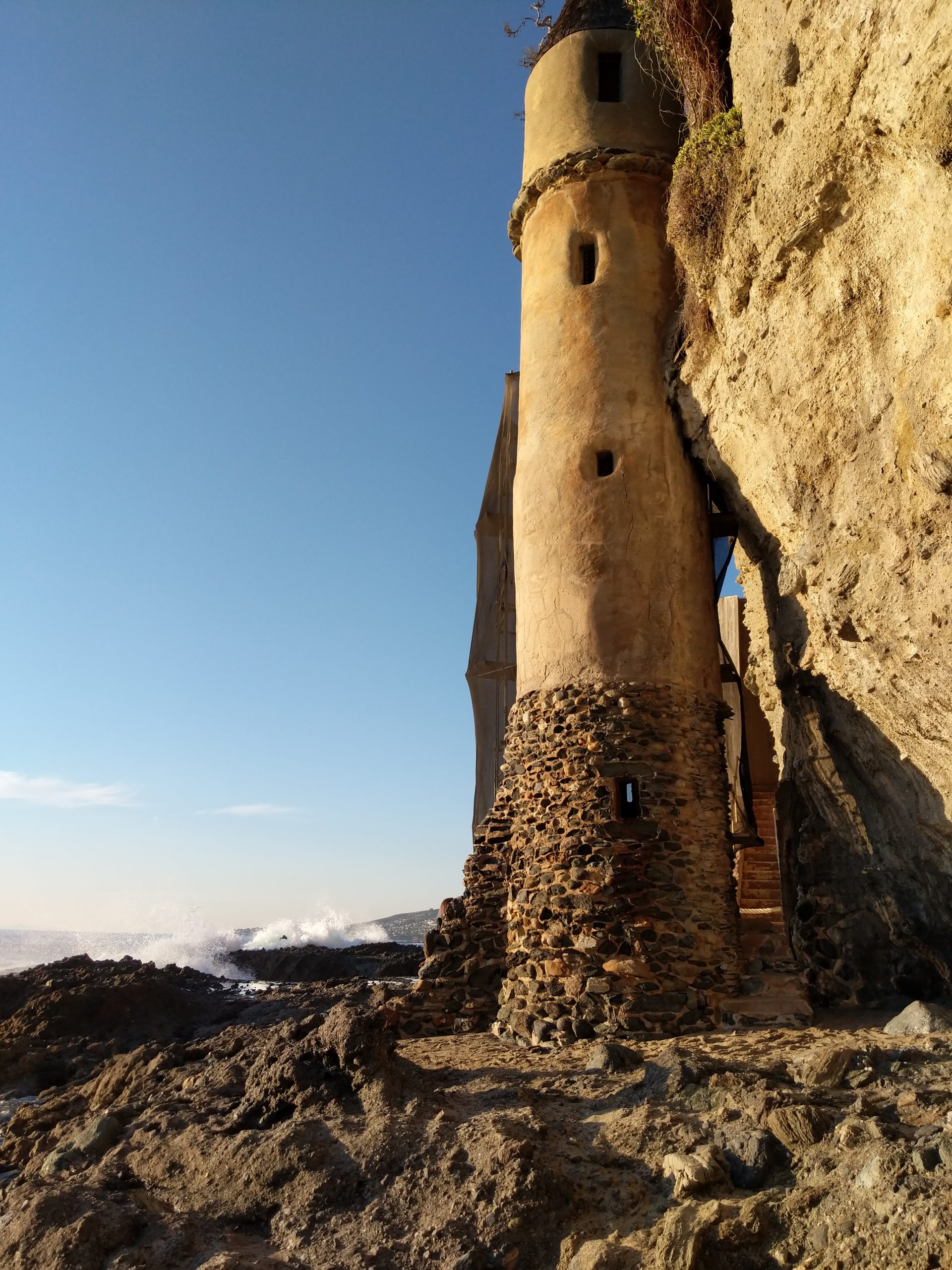 I decided to write about one of my favorite beaches in Laguna. I frequented here almost every week when I used to lived 20 minutes away, so it was very nice to go back. During this visit I took specific note of the use of photography at Victoria Beach.

The beach is famous for its pirate tower, concrete swimming pool at high tide, tide pool cliffs, and is a (relatively hidden) local’s spot for volleyball and skim boarding. But more recently, people crowd this location for photo shoots, attributed to the popularity of social media and photo sharing culture. During my visit I saw at least 8 professional photographers posing clients for engagement, family, and maternity shoots. I saw even more young people shooting content for Instagram or YouTube. The beach is so beautiful and it is easy to see why this is such a popular spot. During sunset time it looks like a scene from a fairy tale, and you really can’t help but to bring out a phone to capture the moment.

I went on a Saturday so I knew there would be people, but was not expecting the different groups. I found myself reminiscing the times I had sat uninterrupted at the foot of the tower and enjoyed my tea or swam in the pool with a few friends.

The most iconic feature on this beach is a 60 foot tower built in the 1920’s named La Tour but more commonly referred to as the “pirate tower”. It was originally used to get to and from the beach and the house at the top of the bluff, and although it is no longer accessible, it has held up for almost a century despite the wind and waves. The tower’s wear-and-tear adds to the charming “long ago” ambiance, and this was the main feature that the photo shoots centered around.

Due to all the photographers, this area was harder to peacefully enjoy. On several occasions I was stopped and asked if I could wait to the side so I wouldn’t be in the background of a shot. During the coveted “golden hour”, photographers and their clients gave up on trying to monopolize sections of the tower and took photos from all angles to find the best lighting, probably intending to Photoshop extra people out later. Compared to my past experience here, photography has definitely been increasing traffic to this beach and changing its culture.

Near the foot of the tower, there are remnants of a concrete wall, partially buried by sand. During high tide, the waves carry water into this area and salt pool forms. I visited during low tide, but near the end of my visit the waves had started crashing into sides of the wall and I got this great shot of the gulls.

Although I was the only one taking photos of the animals or the beach itself, I was not the only one looking for a good shot. People had brought professional reflectors and tripods and the drained swimming pool had turned into a kind of set. Once the waves got high enough to splash against the concrete wall, the people took their equipment and moved to a drier section of the beach.

Another great spot for photography is behind the pirate tower, which is like a cliff of tide pools. The beach itself is not very wide and the houses are either on top of the bluffs or built with part of the sand as their backyards. I wondered what the homeowners thought of all the photography and social media activity happening by their property.

Since the front of the pirate tower is the better angle, there were not as many photographers on this side. I saw that someone had set up a tripod to get a steady timelapse video of the sunset. There were some swimsuit shoots going on here, and a group of friends taking turns photographing each other.

Overall, photography has become a large part of this beach. Although this is not necessarily a bad thing, we must be aware of the fact that our presence in natural areas has an impact. Gulls and ravens are usually found in beaches where there is human activity because we leave trash and food around. After searching through the tide pools, I found very little abundance or diversity of life, most likely due to human presence. The neighborhood that homes the access points of this beach may be frustrated with the many tourists and photographers that now use their beach. After seeing the difference from when I used to come here, I can only imagine how the homeowners are feeling, even though the beach is free to all.

Nature photography has historically been very efficient in giving value to places, and these days social media and portrait photography are no different. Due to this culture, Victoria Beach became more recognized and well-visited, and the City of Laguna gives priority care to the beaches, its main revenue source from tourists. Having a unique feature such as the pirate tower is popular to photograph, and the way the beach culture has been changed by this activity is telling of the way humans develop beach “imaginaries”.