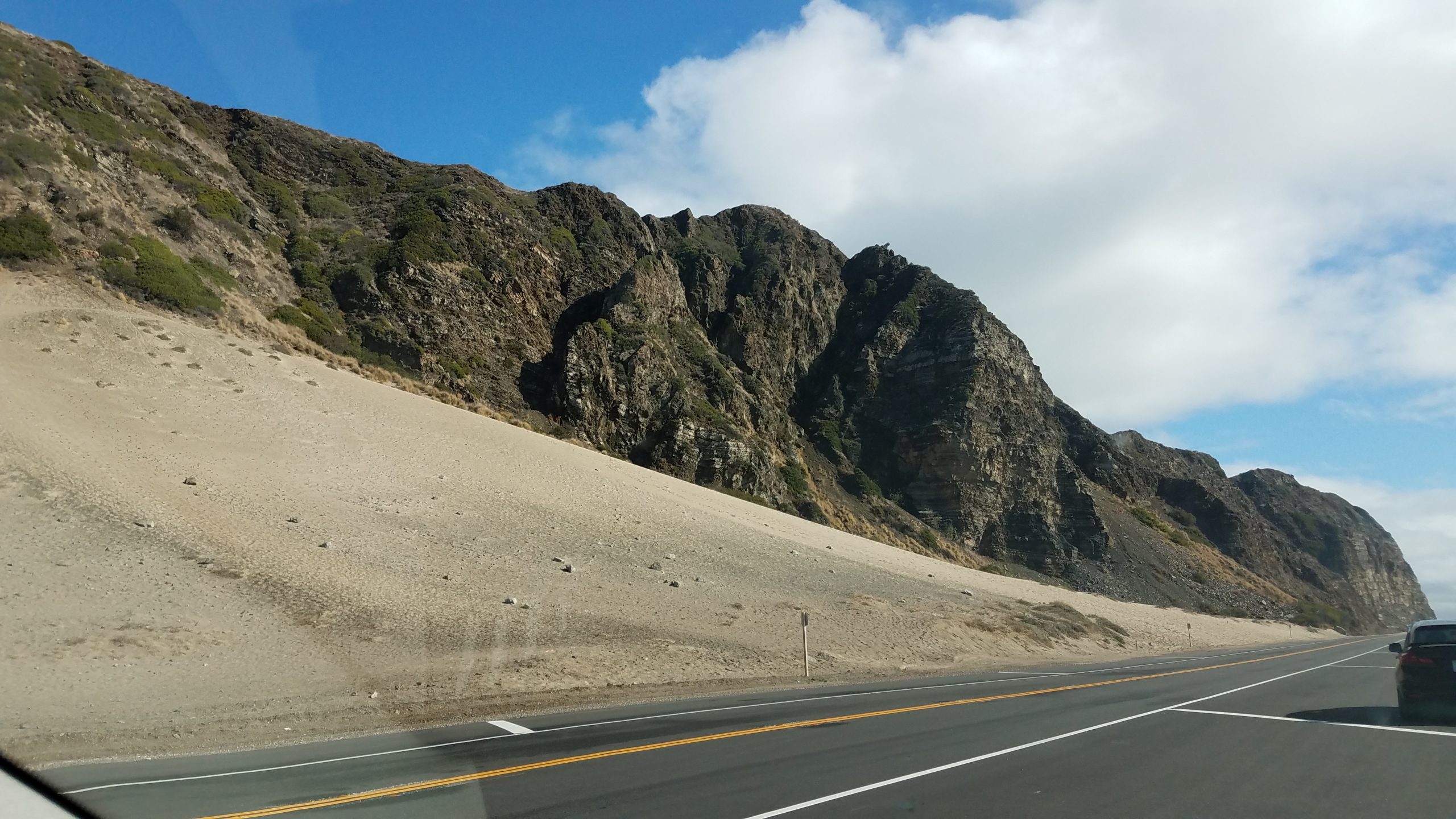 The beach I visited for my third and final beach blog was La Jolla Beach in Point Mugu State Park, otherwise known as Thornhill Broome State Beach Campground. “La Jolla” actually refers to the hiking trail inland from this beach, so it may be more accurate to refer to it as the Thornhill Broome beach. This beach is about a mile down the coast from Point Mugu Rock, and features a large sand dune against the slope on the opposite side of the Pacific Coast Highway. Wind keeps this sand dune supplied using sand from the beach, and it’s a fairly popular destination for leisurely and/or recreational activities such as climbing, sliding, or even picnics.

Sand dunes can host many unique species of plant and animal, so threats to coastal sand dunes are also threats to the ecosystems that they house.

According to Victor Goldsmith’s chapter in Coastal Sedimentary Environment titled “Coastal Dunes,” coastal sand dunes form where onshore winds can blow dried beach sand inland into some location where the sand can accumulate. Thornhill Broome Beach meets all these requirements, so its constantly-replenishing sand supply doubles as a supply for its sand dune.

A 2002 research article by Gregorio Gómez-Pina, Juan J. Muñoz-Pérez, Jose L. Ramírez, and Carlos Ley in the 36th issue of the Journal of Coastal Research titled “Sand dune management problems and techniques, Spain” discusses how Spain’s sand dunes were threatened by unregulated sand mining prior to 1988. In 1988, Spain passed legislation called the Spanish Shore Act (or Ley de Costas) that prohibited “littoral destruction” and regulated other potentially disruptive coastal activities. The research article also mentions how the National Spanish Coastal Authority performs dune restoration. Given the high demand for sand globally, it makes sense why a sand mining ban would be necessary in order to preserve coastal sand dunes. However, since coastal sand dunes source their sand from the beach, coastal armoring and similar common techniques that can interrupt the natural processes that replenish beach sand will also need to be regulated in order to preserve coastal sand dunes.