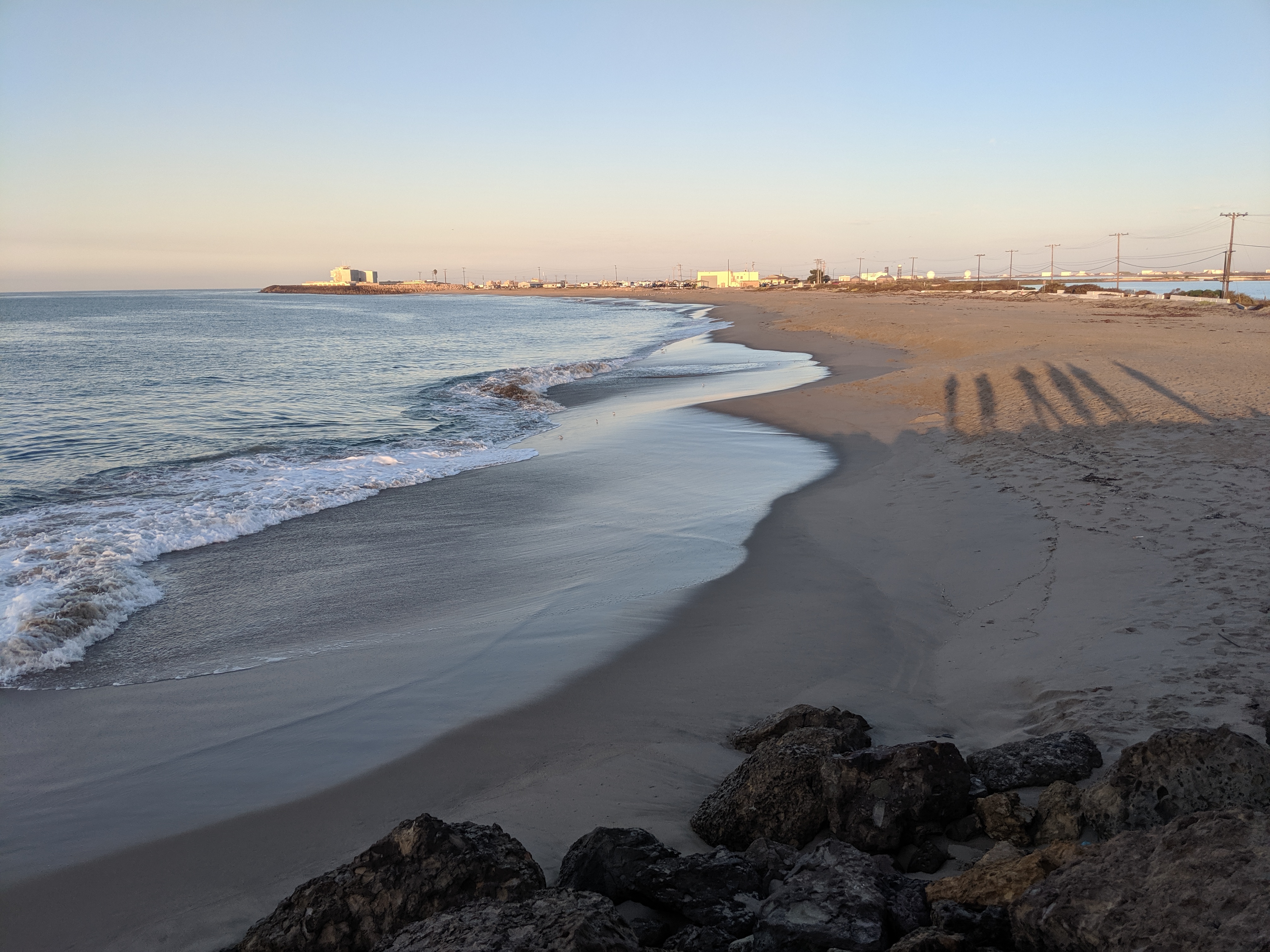 Naval Base Ventura County, Point Mugu has a limited access recreational facility only open to military and guests, so when the Green Generation Club offered a free camping experience there a couple weeks ago, I immediately signed up! I had never been beach camping before, so I was interested to experience sleeping on the sand.

Formerly named United States Navy Air Station prior to a merge in 2000, the Air Station has been running since 1942. The camping site is located a few minutes’ drive into the Naval Base, right on the beach and next to the water. The facilities are not fancy, but include bathrooms with showers, fire pits, picnic tables, trash bins, and barbecues.

I arrived later in the evening and missed volleyball next to the dolphins, but I immediately noticed that the wildlife was more abundant than I thought. As dusk rolled in, we could hear the last chirps of birds, the howls of nearby coyotes, and the barks of sea lions.

Camping itself was a great experience. Our tents were surrounded by water, with the ocean on one side and a saltwater marsh on the other. About 15 of us circled around a fire, toasting marshmallows, playing guitar, and sharing scary stories. There were not many other groups, and aside from a few rowdy campers later that night, it felt like we were on our own island.

We kept our tent top off so we could see the stars, and the night was a bit cold but overall comfortable. We woke before the light, and watched the sunrise over Mugu Rock. I drive past this iconic geologic structure quite often on PCH, but this was the first time I had seen it in the morning, and from a completely different angle.

I was also very impressed with the variety of water fowl we could see in the morning. Sharing a pair of binoculars, we identified snowy plovers, sanderlings, godwits, curlews, brown pelicans, great egrets, cormorants, and gulls. With limited public access, the wildlife seemed to be thriving.

However, the presence of humans was still evident, with the air base conducting military plays in the morning and aircraft running training flights. We ate a simple breakfast of oatmeal and fresh fruits as we listened to the base wake up, watched the shorebirds searching for their own meals along the beach, and spotted the sea lions already lying out to soak up the sun on the rocks across from the marsh.

Recreation like camping is a great way to enjoy beaches, and it seems that every beach has its own unique experience to offer. I highly recommend spending a night on the sand if you’re having back problems. It won’t help your back but at least you’ll be distracted by counting stars and letting the rhythm of the waves drift you to sleep.

9 thoughts on “A Rare Camping Experience”