This is a beach that I have been visiting a lot over the past 4 years because it is the one closest to campus and because there tends to not be a lot of people present when I go.  I enjoy going to this beach because I love to stare at the huge rock on the left side of the beach.  Visiting this time was a lot different than the other times I have visited this beach, as I looked around the beach sediment I saw how it had lots of really dark patches of sedimentation and rocks. The rocks in these dark patches were a bit big and were surrounded by patches of water, broken tree branches, and debris. It was accumulating at the very beginning of the beach, the moment you walked into the beach that was what you saw. Of course, because I care about the beach I picked up all the debris that I found. It was interesting to see the danger sign that was present on the beach to warn people that it is not safe to surf at, that there is no lifeguard, and that this beach has strong backwash sleeper waves rip currents. Another aspect of the beach that was different than other time visits before is that the beach wasn’t flat. Instead, this beach had a slope as you got closer to the water. It was very interesting to see because I had never seen the beach look that way before. I enjoyed staring at the birds that were sitting at the highest peak before the slope went down into the water. I sat at the same spot just farther from the birds and a wave came, I thought I was far enough for it to not reach me but it reached me. I got soaked entirely by the wave, not only myself but my car keys and phone, luckily nothing got damaged. Even after that wave incident I still sat there watching the waves form and crash against the rocks. It was interesting to see huge rocks being exposed as the water moved. The waves were calm at first but as the sun began to set I really started to see some rough waves coming in. I really enjoyed touching the different sediments on this beach. 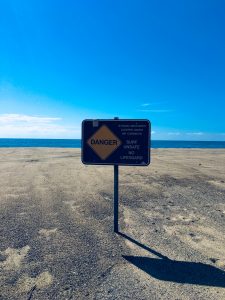 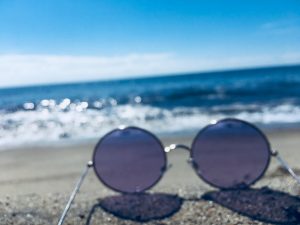 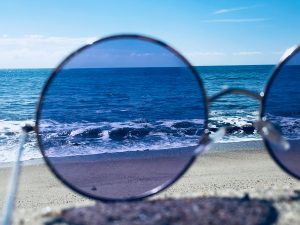 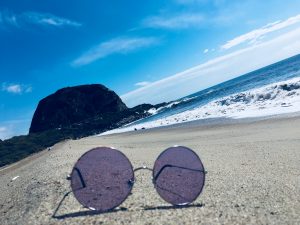 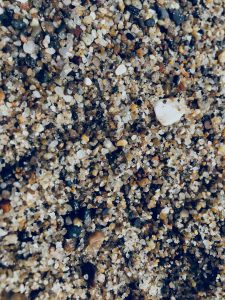