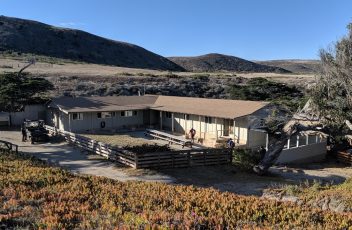 Lens: educational, community, spiritual I had the opportunity to visit the Santa Rosa Island and stay at CI’s research station for one of my early childhood studies classes. Apparently we were the last group to visit for the season until it opens back up in the Spring. It was such a cool worthwhile experience! We Read More 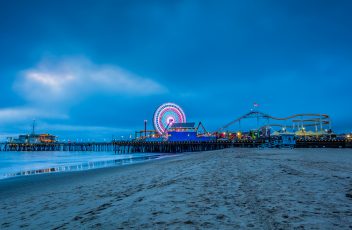 Recently, I visited the beach during a coastal management field trip. Our class visited The Heal the Bay Aquarium which is located underneath the iconic Santa Monica Pier. I found it to be a very interesting intersection of places: a pier, an aquarium, shops and vendors, a Ferris wheel, an outdoor gym, and more, all Read More

Driving down a winding road through the mountains, we pop out of the Malibu hills to witness a 180-degree view of the coastline, aka the picturesque idea of paradise, laid right before of our eyes. Nestled between some shopping plazas and gated beach front homes, was Malibu Lagoon State Beach, also known as Surfrider Beach.  As we walked down the lagoons dirt path through the spiraling pathways that were flanked with wildflowers popping out on both sides, we decide to enjoy one of the many scenic outlooks that were provided in the lagoon area. With the restoration efforts that have been taking place in the watershed, came the return of several species that created a little biodiverse haven full of various bird species and fishes that haven’t been seen in this location in decades, including snowy plovers, steel head trout, and goby’s.

I noticed that not only was there a lot diversity among the type of species found in the lagoon, but also a large diversity in people that came to enjoy this beach in their own unique way. We walked pass several people decked out with camera lens that were larger than my neck, snapping what seemed like a million clicks per minute of the birds, as they sat on egg shaped seats or camouflaged in the caged bird blinds to avoid disturbing the wildlife. There were clusters of guys lugging their surfboards straight down the path towards the beach to enjoy the surprisingly clear water and roaring waves.

Alongside, there were families with children running and screaming towards the beach in excitement to play in the sand and stick their feet in the water. There were multiple plaques along the trail where many could learn about the wildlife and restoration work that has taken place. There were also benches and wooden lounge chairs filled with people taking a nap or just posting up to take in the scenery.

As I continued to walk through the pathway, there were tiles that lined the end of the path that led to a spiraled path that was half sunken under the waterline, which seemed a bit odd at first. The tiles were labeled with different feet measurements that signaled how high the tide was and tuned the experiencer into the natural cycles and environment with showing how high the water levels reached during different times of the year as they walked down the pathway. Visiting this beach for the first time, made me think of the how protecting and preserving these these kinds of areas can in turn create a multitude of additional benefits to everyone through its natural beauty, resourceful ecosystem, and multitude of recreational activities generated.

It was a beautiful day at the Harbor Cove Beach for a coastal cleanup. There were several events taking place that warm and sunny Saturday morning. Also people were taking part in recreational activities such as beach volleyball, obstacle courses in the sand, surfing and of course old fashioned family time in the California golden Read More 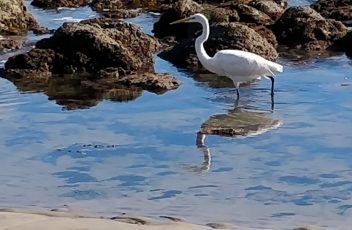 There is a beach along the PCH heading towards Malibu that I frequently visit, but do not know the name of. It can be easy to miss, even if you know what to look for.

I went to Long Beach to visit the beach and Aquarium of the Pacific to learn more about the animals in the ocean. The beach is an outdoor classroom. With the diversity in the oceans off our California coast alone, there is so much to learn in order to fully understand our coasts. I focused Read More

Coastal Cleanup Day 2018 at Harbor Cove Beach was a wonderful experience shared among the community. I saw several volunteers on my walk to The Robert J. Lagomarsino Visitor Center at Channel Islands National Park. When I arrived, I was greeted by an overwhelmingly positive energy. There were many volunteers, of all ages, visiting several Read More